There was no such thing as middle ground in Beirut, either 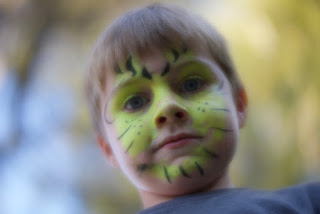 Staying clear of politics is impossible. Rather, it is easy but staying clear of politically motivated social commentary is tedious, like cleaning gum out of your hair with peanut butter, in public. Everybody that I know is either scared, pissed, or really scared. Nobody can understand how any of this is happening.

As a reminder, things can always get worse.

The desperation to finally once and for all do away with the other party is really gaining steam on both sides. In fact, it's all steam. It's unfortunate that Hillary has worked so hard and for so long to build a coalition with republicans, particularly as their party is dissolving into the national herpes outbreak that is Trump. For many, there simply isn't enough adequate political distance between Hillary and her opponent. I mean sure, she's probably never raped anybody, but the differences for many become fuzzy after that. Rape is not political, you see.

I kid, but only a bit. Our two options are not nearly as polarized as either of their supporters insist they are and almost everybody knows it. There is no option for many, and that is evidenced by the recurring question, Who can possibly still be undecided in this election?

There is only a semblance of winning and losing. It's like playing badminton unusually well at a company picnic, surprising everybody for a brief moment. In the end, nobody really gives a shit who triumphed. Even the victor struggles to hold the memory until the following year's picnic. I call shuttlecock!

I can tell you who is undecided in this election: Me - undecided if I care any more.

It's impossible not to be backed into a corner with Hillary supporters, because the looming vision of a Trump presidency is so horrific that it can be effectively used as intimidation, and that is precisely what they are using it for. We're supposed to vote for Hillary because of Donald. There is a "Vote for Hillary, or else..." atmosphere to much of what I see. I probably will, but I'm also willing to sell my vote right now if the payment I receive is only that I will be left alone until after January.

I don't hate Hillary, but I refuse to believe in her as a genuine leader. Sure, she has had many successes, she also represents many things that are flatly wrong and deeply misguided. She probably hasn't raped anybody, but her politics have. There is that to think about, also, when choosing a national leader.

It must be very weird at times to be Donald Trump, to know as a deeply held personal conviction that people's hatred for you is rooted only in their jealousy of you. Ah, to never again have to question the validity of the scathing assessments from your many detractors.

The defense of Hillary is convoluted. To assess her stiffness as a candidate, or any of her other plainly visible qualities that have nothing at all to do with her being a woman, is to engage in systemic misogyny. So we've been first led to believe, then intimidated into not questioning. Sounds like a healthy election is about to unfold.

This is not to say that sexism plays no part in her public treatment, because it very much does, but she has been insulated with the poorly thought out and vastly inadequate feminist rhetoric of decades gone by. When that doesn't work she simply shields herself with Trump's foibles. It all makes sense, I just can't believe that it actually works. It's the genius of democracy in the age of universally enforced media saturation.

There are some who will not be happy until a woman is granted supreme power, without need for this patriarchal-rape-democracy. It's not misogynistic to notice, it's liberating. The aggrieved do not wish to be validated or invalidated with an election. They have been taught to pursue justice by other means, because they are on the path of the righteously inclined, you see.

Worse, emboldened by the successes of political correctness, the far right populace has now crawled out from under themselves with a similarly framed contention - that they have been the long suffering victims of social change. What about white-on-white profits? The real crime is that they can't even openly express their racism without being criticized. They simply want to live in a world in which everybody's racist opinions are acknowledged and given room to breath.

None of it makes any sense, at all.

The national argument has been reduced to the level where it has always belonged, that of screaming and hateful partial-relatives forced to endure the holiday voting season together. Soon enough, we'll all be able to return to our little panopticons of preference, firing off pithy observations about the police brutality problem, or how we spend more money on war than we do on education, or when will we ever really know the truth about OJ's involvement in 9/11.

Ugh. Victory seems inconceivable, yet we're told that failure is our only option to get there.

Many hold up a broken shard of what America used to be and they want the entire other half of the nation, those that similarly hold a shard of what America might one day become, to be less mystified as to where the middle ground is at which to meet. There is no central region to finally determine that those two sets of shards do not create any coherent whole. There is only broken glass, champagne, and the claim of victory.

Something has to give.

Many that read that last sentence know precisely who will need to lose to make things great. It is merely the correcting of the persistent wrongness of others.

There are so many cultural differences between the two sides. How will we ever even pick a news station? One side doesn't seem to understand how the government could possibly protect the trans-gender community's right to use the bathroom. The other side doesn't understand why the producers of Duck Dynasty are not festering in a prison dungeon somewhere, at the very bottom of solitary confinement, forever. Though they are of course against mandatory minimum sentences.

America has been backed up into a corner by the other America, more than ever we have run out of space for half of us. There is no escape. I only wish that all public bathroom usage was invite-only, you know, the way prisons were meant to be.