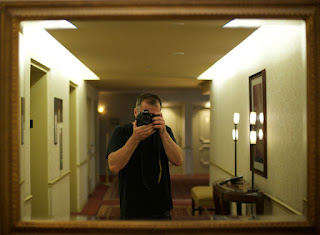 Some experience chaos and then work their way through, others make themselves regularly available and even seem to invite it. You can guess which one I am, the one that causes it from an overflowing supply. My curse was always one of abundance rather than paucity.

Some find the night long and painful, others awake in the morning where the stab of loneliness is felt at the moment where most find hope, at the mind's recognition of a new day.

Something about birth of  something…. other words, so hopefully postered to the souls of many.

Few things will remind one of loneliness as much as loneliness. The feel of its grip triggered by any number of specifics - the sound of an air-conditioner turning on in silence, the seasonal songs of birds and their attending noises just beyond the window, the rustling of legs alone under sheets, the discernible turn of a ceiling fan in summertime, the click of a key in a door, a voice inside the heart, anything, anything at all. The grasp of loneliness is vague, its reach long. It holds in a fog that follows, only to better jab with its details. Loneliness and depression seem to find their way back to one another, where they reconcile and work through their differences.

Many have the most tremendously helpful antidotes. Why don't you go outside and get a little exercise? Wouldn't that help? Nodding and smiling, head tilted forward, animatedly emphasizing the optimism they hope to share. Few things insult the depressed more than the herpes of optimism.

And it might just help, exercise. It would if it could reach. Activity first begins far outside the body. It arrives from some distant place that has been announcing its coming as if from memory. The horns of Jericho circling some neighboring city. From such tremendous distance does health announce itself.

I am neither depressed nor particularly lonely right now. These are just recurring thoughts that I have been considering, like a junkie playing with an old bent spoon.

Whom the gods wish to destroy they first grant their wishes.