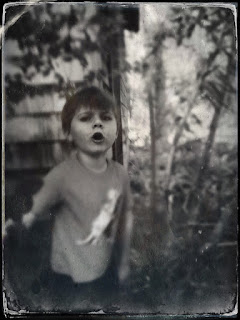 My last day in Wisconsin. I've enjoyed it. As simple as it sounds, it has been nice to meet many of the people that I've only known through electronic means. The people of Wisconsin are pleasant, disarmingly so. They cause me a slight unease for my brusque New York-ish sensibilities, and in a way that few from California possibly could. It must be nice to live in a place where one is not challenged to comply to a way of being in which you have never subscribed, to which you have never really agreed.

I like it here. There are no alligators. That's a plus. No one should live in a place where a lake swim includes the threat of sudden, violent dismembering.

I guess I have typed the word Madidon one too many times in my phone because it stopped trying to correct me. I thought it was funny, and sounded like a dinosaur that had yet to be discovered, some hideous reptilian beast that would eat modern alligators as cocktail shrimp.

I haven't been able to write about what I would like to most. The subject is tender and new, as unapproachable in writing as it is approachable elsewhere. The most unexpected thing has happened. I have few words for it, but much thought. I will write about it soon enough. I suppose.

Tomorrow, I will see the boy, am looking forward to it greatly. We will find some new adventure, vanquish the many monsters, both before and immediately following our afternoon nap.