Minions, capsules, the gods of sleep 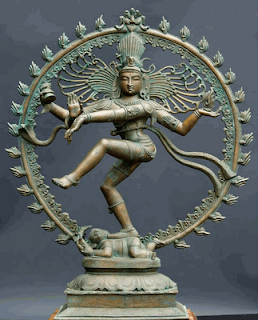 Saturday, I took the boy to see the animated film. Minions. It is nearly a mantra, the word.

Some encouraged me that "Inside Out" was the one to see instead, though it was miles away. We live in the country. Think globally, cinema locally.

The boy loved it. It was his first feature film in the "Feeder."

He kept asking me about the "Feeder" and I thought he meant the hummingbird feeder that we had been gifted, to which no flying marvels ever arrived, a thing I attributed to the fact that we live in an ugly, flowerless, place. Our rather, we live in a content rich environment, and they have little use for my sugar offerings. I looked around and realized that where I had hung it, and where I live, is a place that few hummingbirds would look for sustenance, few humans either. A depressing realization if ever there was one.

The boy was saying, "Theater" though I couldn't translate well enough at first. It was a great and complete pleasure for both of us when I finally did. We were together in adventure, on the same verbal page.

I am committed to adding some flowering and non-flowering plants to my back patio area, to see if I can seduce some backwards-capable flying nature towards us. If not, I will likely re-gift the feeder to Rachel, so the boy can at least enjoy the evolutionary marvels that it will likely attract there. There are many people in close proximity there with gardens and flowers of all sorts, a river even runs through it; a hummingbird paradise, one would guess.

Hummingbirds must have descended from the most crafty of dinosaurs. They seem to be the marvels of the Aves class. Them, and the swifts. Excellence in hunting seems quite conventional in comparison, brutish, even at its most impressive. Backwards flight and and the beating of wings at 50 times per second, now that is a thing that should astonish even the dullest of minds. The human eye can only process 10 to 12 images per second. The ear can only distinguish a hummingbirds flight as above its discernible frequency range. We can hear it, but we can not distinguish its individual actions. Only the mind, in an electro-chemical sense, can compete with the wings of a hummingbird. So many neurons searching for a synapse.

Hummingbirds will hopefully take over where the bees once were. They are not so far apart.

Why do even the most hopeful of all thoughts lead to doom. Is it because tragedy relieves us of the responsibility of hope; hope has such vanishing place there. It is why we feel purged and exhausted when it is over, because it has relieved us of the thing that we could not relieve ourselves. Tragedy can be cathartic, otherwise it is only sad, or contemplative.

Okay, I am trying a new sleep aid tonight, hoping for the best. It is a psychoactive hypnotic benzodiazepine. If it works then I will be appealing my new case once again to my doctor. I know that he wants to help. He has emphasized how dangerous a lack of sleep is in a high stress life. He knows that temporary pain that is the immediate cause. Pleasure can also cause a lack of sleep. It is contentment, induced or otherwise, that these times call for. Rest, even the gods know its wisdom.

When I discuss the last few years with him, and how I feel now, his eyes soften and he tells me what these things might mean for me. He knows the ruinous power of anxiety. I try to convince him that within it there is also the occasional insight, the uncontrolled interval moments of epiphany, eureka, of flight.

He asks soberly, When you write it all down and look back at it after a good night's sleep, is it then what you thought it was?

Don't let it be only remnants. Don't depend on chasing fragments… He cautions.

The dance of Shiva also includes unexpected spins. I thought.

I told him that I used to write more poetry. He asked if I knew any of my own, any that I had committed to memory. I said that I did, but committing something to memory is not committing it to recall.

twice this night I knelt in silence,
asking the sleeping earth to show me
a new and benevolent mercy

a kinder way of living,
a more patient and composed passion