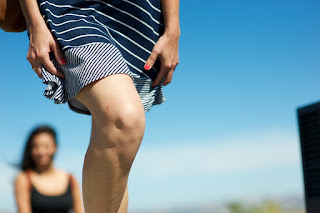 It almost alarms me, what the sudden attention of a woman can do. I am out of practice, not quite used to it. I am flattered, and glowing. I spent yesterday being obnoxious to Cato and his two female friends as a result. The girls were both twenty-eight years old, so they endured it. Had they been any older they would have womaned me into silence. I tried to warn Cato that he wouldn't want to be trapped with me all day. They wanted to go to wine tasting rooms, a thing to which I have an in-built aversion. So, they suffered me. I bought them oysters afterwards as a reward.

This morning I go to breakfast with Rachel and Rhys. It will be the first time that Rachel and I have sat together and chatted for months. I wonder if I will feel anything for her, and if those feelings will have any effect on me. I want to see the boy before I leave for Madison for a week. I want to experience every possible moment of this period in his life. It is a marvelous thing to witness, this formation of a person out of the parts that he has been given and those he continues to collect on his own. His considerable boyhood sweetness is a thing for which I can not seem to get enough.

He told me a few days ago that all the bees are dying. I wondered who would tell a three year old such a thing, and why. Of what use could this information possibly be to him at this age. He said it was one of his teachers at pre-school that did it. So, that adds yet another person to my list of people to choke.

I took the camera out for the first time in quite a while yesterday. It felt good to take pictures again. If I weren't so lazy I would transfer them to this computer and show you a few... Okay, I am transferring  them now. I make no promises.


With the two included I have further documented my well known perversions involved with the feelings of titillation when peeking up a girl's skirt in the hopes of seeing her panties, or what they hold. Particularly when the girl involved is "in" on the act. What a simple thrill is mild public exhibitionism.

Yes, panties. Get used to it. It does not infantilize anything. If at all, it pubescents them, which I'm totally fine with and you should be also.

A word that pairs quite well with panties: moist.

For some joyless reason the world, or some of those within it, wish to rob us of these two words. To deny us their use, to steal them from the hearts of men and boys, as if…. I have heard some speak out publicly against the use of the first and have seen others openly cringe at the use of the second.

There are few greater joys in life than the articles described above, and the process by which they came to be describe thusly.


I remember it all again, now. So many things are flooding my mind lately; thunderstorms in the lower gardens of Eden. 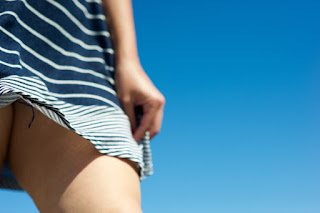