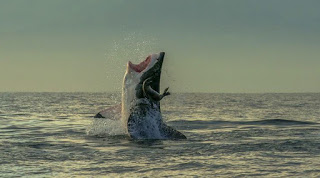 The piano sounds better. There is that. The three chords I played on it did, anyway. It needed to be tuned. It was worth the money I spent, which wasn't very much, a few hundred dollars. When overtones matter... who would not likewise toss a few hundred dollars into the desert winds, an approaching storm.

My life is complicated, too much so. I am trying to keep it simple but it is not easy. I won't bore you with the complexities. I have bitten off more than I can chew in almost every area and I am alone. The nights are dark and long, the years uncounted and becoming uncountable.

I worry too much. It feels good when I stop, but the concerns pile up on me when I start up again, as if I am behind on my homework, which I must be. I shouldn't be writing here, detailing recurring nightmares. The psychic shocks of love.

There are stacks of papers on and beside my desk that require some sort of attention from me, yet I ignore them until they are lost, ready to be set aflame. All interactions now require one to create an account and then login. I don't want to login. I don't want an online account. I don't want to interact with any poorly designed online system, only to get a sticker for my license plate that says "2016" on it in a new and easily recognizable color to help the police not notice me.

Every agency wants to be the IRS, or worse. They all want to take things from you for your convenience. It is easier to let them rape your paycheck than create the account which would allow you to login monthly and pay them some other way.

In the future, everyone will be defeated for fifteen details.

I spoke with an old friend on the phone while I carried the puppy out so that it could crap in the neighbor's yard. I tried to explain to him the unexpected joys of having a child. The sound of my voice became absurd, arriving from far away as a foreigner entering an unknown village. He agreed with me while laughing. There was no hostility or derision whatsoever in his laughter, just an understanding that he had chosen not to have a child. The rewards I listed, while quite true, must have seemed silly, remote, even preposterous.

There is a new baby in the barrio. It cries, of course. I have heard voices suddenly and loudly telling the baby to "STOP IT!"

These are the voices of women, matrons of the young child, I assume.

What is one to do about such a thing?

Almost everybody is allowed to yell, or scream.