The arrow of time always flies from the bow 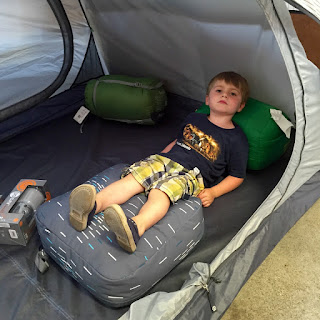 Ah, sweet weekend… and what else would we work for if not this.

Last night, the boy and I went to the camping store (REI) and picked out two sleeping bags and two lanterns. The air mattress arrives today. We could be ready for an experimental tryout of camping in the backyard as early as tonight. The boy was so excited that he wanted to sleep in his sleeping bag in his bed last night, which I of course let him do. He remained so excited that by around 8:30 - 9 pm he had to be put in my bed where he finally went to sleep. He could hardly compose his excitement at the idea of camping. He was ready to start "roughing it" last night.

I depart for Madison next Sunday. I will be there for a week for work. Wisconsin was listed as one of the best places to live in a recent magazine article I was looking at, which was presumably based on a study; an index of happiness, opportunity, and cost of living. Something tells me that this little proximity-of-divorce bubble that I am in will not last. Who knows. I almost wish I still knew anybody that speaks with my ex.

The piano gets tuned on Wednesday, so I have committed to mastering the guitar. During last weekend's camping trip it became clear to me just how much my fingerboard prowess had atrophied. I struggled to remember songs, to change chords deftly, to fingerpick, to sing, to stick with a chosen key, etc. Somewhere along the way in life I stopped singing. My Buddhist friends tell me that might be a good thing. My Christians pray for me. My yogis charge me to stretch.

Fuck, there is a friend that still speaks with the ex for reasons her own, and she is also a karma yogi (I think she is). I can't go back and edit now out of self-consciousness. You know who you are... this post is coincidental, nothing more. Most days I don't even bother writing too much into my writing. It would be a mistake to read too much into it.

A friend with whom I am planning a trip North with the boy in late summer emailed to tell me that one of the better American Pinots shares a name with my son (Do you capitalize varietals, or only regionals…?). He referred to it is pricey, so I doubt it's within my reach, or grasp (just verified, it is beyond both).

I try not to be one of those "special occasion" purchasers, but one becomes so easily and perhaps mistakenly sentimental once they have a child. Time's passing and all that implies acts itself out in the life before you. Out of nearly nothing emerges this person, new in all ways, yet as old as history. You get to see and feel the gallup of youth at full stride, incapable of "looking back" and without need of same. 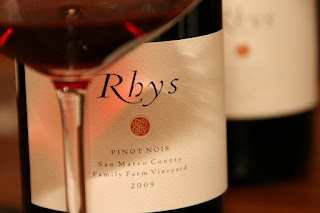 It could be argued there is never need for reflection, though writing is in part an act of just this, nothing more. It invites consideration, anyway. It is one of the ways by which we measure loss, document hopes and fears, successes, failures. I use the terms loosely, of course, loss and consideration. I mean only time and thought.

Writing is a human thing to do, coincidence or otherwise.

Well, all of Google's services seem to be struggling right now, which is as good a sign as any that the universe doesn't exist unless you are observing it.

It is mainly gravity that makes time move only forward. Well that, combined with the fact that entropy does not occur in a symmetrical way. Time is the opposite of a polarized force, a thing which is already its own opposite.

Time to make the donuts!