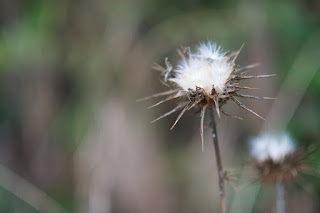 How long, Oh Lord, how long?

I went to see the doctor yesterday and said all the wrong things. He lectured me on the dangers of habituation but kept his finger out of my asshole, so I think we achieved a truce of some sort. There will be more tests on Monday morning. After that, the finger may announce itself.

The pain medicine is never good enough. They provide synthetics, wishing to keep me as far as possible from the stuff that works. Morphine, 30mg tablets, within 60 minutes the angels appear and are flapping their wings in full stride. Pixie dust is for pussies.

I don't presume to deserve the liquid. We are, of course, all of us, chronically dying; most of us not just yet. They wish to avoid addiction, at least until death is more certain.

My maladies do not quite qualify, he cautioned me.

When? I begged. When!

I demanded that he check my pancreas for cancer. I pointed uncertainly towards my abdomen. It is the "silent killer," so it's nice to get a jump on that one, just in case. I promised to keep the precious morphine pills in hiding, waiting, stored in a cool and dry place that no one knows about. I begged him to look in my asshole. I arched my back and made it seem as inviting as possible, I think.

Nothing worked. He could detect my hopeless need. I should have worn underwear. I knew that was a mistake as soon as it became apparent to everyone in the room, just what I had done, and why. The medical community is not prepared to dispense its natural healing elixirs to a babbling, pleading, disrobed wretch with a chubby.

A semi-erection is an odd thing to display publicly. It contains within a single glance the qualities and virtues of ambition and yet also unfulfilled promise. It seems to be expository rather than inciting incident, yet somehow it is both and neither. It makes few promises and is usually not a threat, implied or otherwise. One needn't be exactly shy about it, though few have ever requested to see one without specific cause. It can be participatory only in direct relation to circumstance. It does not make a complete sense, in and of itself, yet fills most any room with shocked anticipation. It is among the most titillating of a man's qualities, because it exists between two states with scant likelihood of remaining there for long. No one can ever be quite sure about its meaning, perhaps its owner most of all. The question of its arrival or departure is one that can only be answered directly, and with the senses.

I explained to my medical team that I had only just recently found Jesus, in the car, and all of this that's happening right now is just terrible and I know that, but I have been forgiven, and I want everyone looking at me to think about that for a moment. I am in pain, I think.

Now, I would greatly prefer morphine, though for reasons mainly unrelated to this specific office visit. I don't feel that I should have to ask again. Anyone that has ever tussled with the existential miseries would understand. I have tender sensibilities, and the universe much too large.

Nobody has ever died from too much oatmeal, my doctor encouraged.

He sent me limping on my way, my tender partial stuffed back into my blue jeans.

To wit, I sit now in the darkness sipping a glass of morning claret. Morphine it is not, though in small doses it can on occasion induce sleep. If I only slip through the last window of opportunity just before the sun emerges. Nearly anything to stop the inane reeling of the hapless, helpless, sleepless mind.

"… for he who makes a beast of himself gets rid of the pain of being a man. " - Samuel Johnson