If you think you recognize him 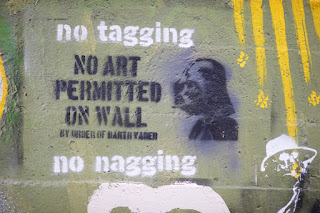 I was watching Family Guy last night. Peter Griffin was introducing a few newly found female friends of his to Lois, his wife. The last of which he introduces as, "If you think you recognize her that's 'cause she writes a 'Mommy Blog'…"

It's true. I've looked back through the years and I've been recently reduced to mainly two subjects: a failed relationship and a working one. I'm going to need to step outside my comfort zone and find some new topics soon. I'm not sure where I'll find the time, or money. My life is somewhat consumed with work and the boy, not leaving much outside of that for new adventures.

The boy is the most interesting thing in my life though, and difficult not to write about. It's not just him, but being a parent to a young boy puts you in proximity to other kids, who also say the funniest and sometimes most unexpected of things.

I was walking through el barrio patio with the boy the other day and a group of young girls were all sitting together on the stairs to one of the apartments, huddled closely in a group. I realized they were playing some sort of truth-or-dare type game. None of them could have been older than seven or eight years, with little truth to spill and hopefully even less dare.

The question that was put to one was, "Who do you love in your heart?" which was met with immediate cries and squeals of joy. An answer came to me within a second of hearing the question, across all those years, surprising how quickly her name and face re-announced itself in my mind, as if. I wanted to blurt it out, but didn't, though I have no idea why not, nor why it would make any difference.