The Last of the Late: "Enjoy every sandwich..." 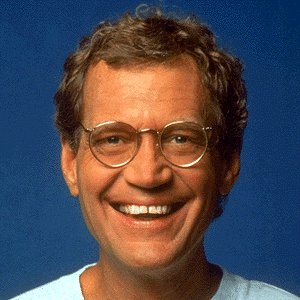 Here is a piece filled with great anecdotes concerning one person's experience working for David Letterman. The Madonna interviews get me every time. What a fantastic time for chatting.

Lots of people don't like Jimmy Fallon, and certainly you wouldn't if you compared him to Dave Letterman, but he's an affable enough fellow and he exploits that one quality to his great advantage. It seems that his guests like him well enough. One was given a very different feeling from Letterman, even with the guests that he clearly liked. It was not just his inability to be in awe of them, it was their inability to stop him from expressing that lack of awe.

Few things were as entertaining as watching him effortlessly deflate the pompous.  In my younger years he was a God. His shows in the 80's and early 90's were a nightly template on how to be, how to think, and how to speak. I can watch that Paris Hilton clip about once a month and still derive pleasure from it. When he gets to the point where he says, "You see, that's where you and I differ…" Now that was just a hint of the old Dave.

Even though Paris is clearly irritated (watch her leg), he somehow calms her down and finishes the interview quite amicably. Few can do such a thing. With most, there is a clear departure point where the host silently apologizes in transition for ever having made the guest uncomfortable by completely changing the subject and "moving on." Dave knows exactly how to leave his version of the conversation lingering in such a way that it can not be removed by anybody, and not by any change in conversation.

Another one with a few laughs, even touching. It's true, but I didn't mean it.

The times have certainly changed. It's difficult to imagine that we will see another like him. Consider any talk show host having Don Van Vliet as the musical guest for a nationally broadcast show, now... Van Vliet has since passed away, but you get the idea. Nobody is willing any longer to entertain things for the sole sake of their weirdness, and the value of that weirdness.

Warren Zevon would often take over as the show's musical coordinator for Paul Schaffer. That linked clip is one of the few in which Dave is in genuine awe. He dedicates the entire show to the man as everybody strongly suspected that he was going to soon pass, which he did.

"Dave's the best friend that my music has ever had."

A friend just (coincidentally) emailed, letting me know that tonight is his last show. I didn't even know. I'll have the boy tonight, so I doubt I'll be able to watch. He reminded me that I once claimed that David Letterman (and Hunter S. Thompson) invented the way that we now speak (particularly at after-parties, as my friend reminded).

It is nearly impossible to imagine people talking the way that they do now without him.

Things being true, but not meaning it.