The Larkspur Ferry, and back again 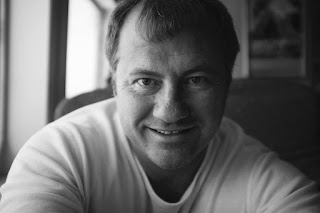 The boy is getting good at shooting my style of photography, which is to just take lots of candid pictures and hope for the best. Here we were snapping a few on the Larkspur Ferry yesterday.

It's a good thing that my head is as big as it is. It's the only thing that even attempts to keep my nose in proportion to my face. It's part of the reason that I don't lose weight. I would just look silly. It doesn't help that I am leaning forward into a 35mm field of view to offer technical assistance and emergency camera security detail.

We had a pretty good time. We walked around the Ferry Building and he watched me eat raw oysters with horseradish while he excitedly pointed at the lobsters and clams that awaited their buttery fate. Then, we decided on some expensive burgers before we walked outside to see the line for the return ferry, which already seemed about twice as long as the possible number of seats on the boat.

Immediately, I became the classic dad, worried that we would not be able to get on the return ferry and would have to wait two hours more for the next one. I started an imaginary calculation of the enormous taxi fare from AT&T Park, across the bridge to Larkspur. I thought of all the people that I know in SF with cars. I rated them in order of presumable sympathetic leanings. I considered petitioning one of the ferry employees, pointing to the child, describing my terrible chronological error and the needs of a child. Explaining what freezing to death would be like. All of it.

The young women in line directly behind us, apparent experts on such matters, repeated incessantly that there was no way we were going to get on the boat, that we would have to wait for the next one. Only one of them was even cute, so I have no idea what I was doing talking to them at all. I had to explain in hushed tones to the cute one how sad it was that the boy's mother had passed away twice in childbirth, but we were doing okay. It was a big burden, of course, though he and I were quite happy together, having several mansions up in the hills, each with many maids to help with the boy and to perform basic household duties; the cooking, cleaning, sewing, etc.

If only I had someone to share all of my many riches with...

We made it onto the boat, easily. In fact, the entire line that had formed behind us while we were waiting also made it. I tried to get the ugly girls to watch the boy while I chatted with little Mrs. Cusick, but they were not into it. I offered to buy her a drink. She explained that she was 14.

No, I kid, of course. Where would we be without rules and paperwork. If we didn't have those then surely we would need more laws.

Part of this story was true, at least.

I fluctuate back and forth between writing complete nonsense and touching upon matters that are perhaps too personal and better dealt with elsewhere.

But what is one to do, once the confession starts. Nobody wishes to disappoint the priests. 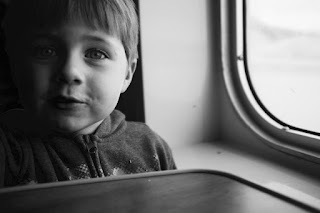