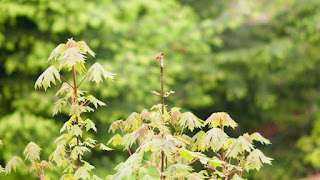 I slept in pieces to the sound of the rain, awoke to the overcast skies of morning. The day will pass the same, perhaps with me sleeping in it. My newly found love for nature photography takes up all of my time.

Another dinner last night, filet mignons on the grill, conducted before the diorama of the bay that is the back window of my friend's house. During dinner a bald eagle swooped back and forth, at times coming within a few hundred feet of the back deck. By the time I got my camera the bird was perching atop a tree much further away, towards the water.

I believe it's one of the few times I've ever seen a bald eagle in the wild. I have a vague memory of having seen one before, but could not draw upon fact to complete the feeling. It might have been a first, creeping in at just under 47 years.

An unquestioned first, also creeping in just under... we bought and tried geoduck ("gooeyduck" , an American Indian name referring to the male genitals, or "akagai" in Japan) as an appetizer. We had it sashimi, blanched, and sautéed with lime juice and cilantro. It is considered a delicacy in many parts of the world. My friend stated that it represents the largest biomass of the Puget Sound. Our waitress from our oyster lunch yesterday claimed that her boyfriend harvests the stuff. It is a type of large clam. When sliced, or once circumcised, it resembled certain types of calamari in look, taste and texture, though had a fineness in flavor that was subtly different. Salty, like an oyster.

A taste more for the aficionados than the neophytes, of which I'd like to believe I am neither. Though all new to me, I now have that experience under my belt I am one step closer to being the former rather than the latter.

My mini North by Northwest vacation will be over tomorrow. It is how things must be when one takes three vacations in a two month period. They will each be shorter than I might have hoped for, or if they had been conducted individually. Next arrives Mexico, a wedding on the beach at the end of May. I look forward to it, though I do not look forward to the flights there and back. I chose the cheapest option which includes unpleasant layovers. Many of my friends will be there, many that I have not seen in a long while. It is good to remind oneself from time to time of friendships, to affirm that form of love.


Yesterday, we watched My Night at Maud's. It was very good, and fine. It puts Woody Allen in place, or perspective, or context. He was perhaps not as much "America's Bergman" as he was "America's Rohmer." I see that now, after having watched only two of Rohmer's films. Allen stole freely, though I do not ever remember him denying such a thing so it may be unfair to claim it as if I have uncovered some profound wrongdoing. He has openly admitted his passions and influences.

Today we will watch Claire's Knee, which we started last night but could not pursue past the shin. Then, maybe, My Dinner with Andre. We did not invest significant time into the scheduling of our film festival.

Gates of Heaven and Vernon, Florida are behind us now, nothing before us but the rain. 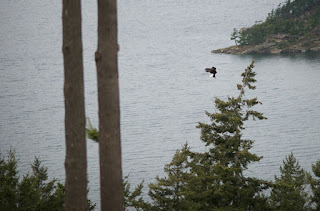 
In the morning, we hiked down to the shore. There, we tossed a brightly colored cloth frisbee into the barely above freezing water for the Labrador, Daisy. The slight mist coming off the water told me all that I needed to know concerning its prohibitive temperature. The puppy was quite plussed by it all. 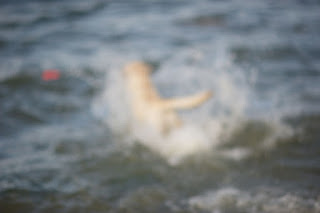 Vacation days pass as if almost already a memory. 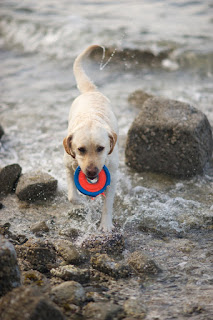 There are worse things than not being in love, but few worse than falling out of it for good and ever. The period that follows seems to be a form of shameful mourning. It is a loss that is perhaps best consumed alone, in quiet.

I don't see how women do it.

One must re-learn how to walk the earth, to chase flying circles into near freezing water for the fun of it only. Dogs may teach us just a handful of lessons, but that they must do so over and over seems our fault, not theirs.