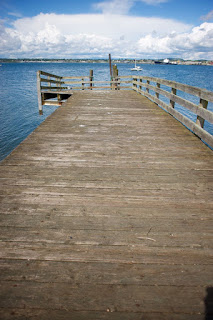 CS is right. I don't know what the fuck I'm doing here any more. There is something to say but I've been warned not to say it, most have tired of hearing it anyway. I'm still getting readers for the occasional meltdown that we can count on that comes along every so often. I'm sure of it. My heart is like a rubber clock being run by a series of bent corkscrews.

I used to use the reason that if I didn't write first thing in the morning then all was lost, but I can disprove that any morning of my choosing. I'm emotionally and spiritually exhausted, and people tire easily of my gym tirades, the people at the gym most of all. It's as if I am on steroids but without any of the benefits; a life dedicated to future regrets.

None of the supposedly wonderful qualities that accompany age have arrived in my life. My elbow hurts. Tennis elbow, without the tennis. My friend that is a radiologist showed me what has happened. He explained how the old tendons have frayed from age, misuse. He described the tearing from a sudden shock or stretching, or from the ravages of time; like an old pier that is collapsing on one side, barnacles creeping up the side of the elbow, best to not use. He advised me to avoid vigorous recurring motion.

I'm confident that it arose from a specific self-abuse regimen that I have been lately experimenting with, pushing the upper limits, if you will. I have no clinical evidence to support this theory, though it is not for lack of trying. Documenting certain activities in the wild can be difficult. There is no "control group" from which to compare. It is all lost in the fog of tug.

It has afflicted the right arm only. That is the one indicator that seems the most telling and the one in which everybody agrees is the strongest indicator of a causal link.

So, now I can't even conduct my rigorous private life without incurring a sports injury of some sort. When people my age talk about not wanting to be young any more, that they enjoy being this age, they must have no memory of their previously carnal lives whatsoever. It must all be a blur of physical pleasure that they are just as happy to have escaped from.

I'll bump up my cardio program at the gym, see what happens.

I received the miracle of sleep last night. Well, it weren't no miracle. It were from the snake potions.  It was the result of a planned combination of Ambien and Xanax oils. Eight dark hours where the mind, the spirit, and the elbow could recuperate together.

I awoke, tempted to test the elbow, but remembered what the snake oil salesman said about such things.

The greasy stuff is guaranteed to heal the body, but be wary of the soul that wiggles in the palm of the hand of the devilish one.