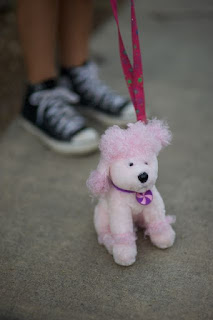 It's when I travel that I feel most alone. I long for someone to call, to text, to touch base with, anything. Some hint of sweetness somewhere out there in the world. In love there is, at least, the illusion that you are not alone. One of the best tricks ever invented. It really is too bad that it doesn't last. Everybody gets tired of everything.

Airports are awful places. They're like hurried malls. Everybody is trying to escape, with baggage. There is no leisure, only boredom. Kids don't even laugh. They all seem worried.

I sit here now in Mexico City, with a three hour layover, at an airport restaurant, mainly because they have wifi. From the glassed second floor there is a view of the entire length of the terminal. It feels like an underfunded set from a film like Minority Report, or Logan's Run (for my older readers), or Brazil. The world is built on accidental dystopia.

Terminal, that's a good word for it.

I have a camera, so here, you get to see it now also: 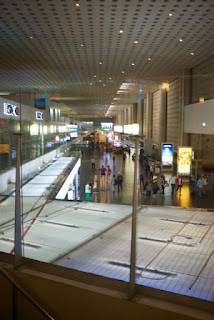 I hope that picture bores you as much as it does me. I'm not exactly sure why I even bothered taking it, I feel stupid, now, and think less of you for even looking at the thing. What were you thinking?

It's what I do with my life. I point at things and say, See?

I used to have friends in Mexico City that I could possibly call to meet me while I had a layover this long, but they have mostly grown up, I think. That sort of foolishness evaporates somewhere in your 40's, like giving people that you're dating a ride to the airport at an inconvenient hour. It just doesn't last.

None of it. If it does, then somebody will poke me in the ribs and point at the old couple holding hands in the park together and say, See?