"Half of the man's age, plus seven" 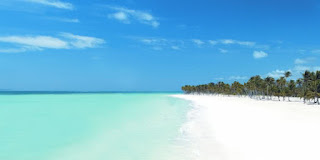 I should not write about actual people as if they are part fiction. The danger is that they will find out and perhaps not quite understand. Last night, I discovered that the young woman that has captured my imagination, whose name I now know, is almost twenty years my junior. Of course I have no moral qualms or otherwise with this, but it furthers the imaginary distance in the complete and total absence of communication between us. I don't understand it. When I look at her she seems perfect for me. A type of destiny, as it were.

How could such a thing be.

She will be coming to the villa today for a birthday barbecue and I will need to communicate to her that, regrettably, things simply would not work between us. It is for the best.

I will accomplish this in the same way that I have accomplished all of my other communiques to her, through silence.

A few people read my post yesterday and commented that it said much more about me than about her, seeming to forget that I wrote the piece, so it would be impossible for it not to. Though, it can be dangerous to write partly fictional personal essays.

I never wrote in detail about the first night I saw her, important details concerning her light and lengthy dress with a slit up the front, nor the way she occupied it; her haloed blonde hair as it swept past, changing the weekend forever. I found her easily to be the loveliest person in the courtyard, more than only pretty but charming in all of her laughter and movements.

Charm is the ability to make somebody say "yes" without ever having asked a question. That is just what she did to me.

It was my fault that I did not write more about that. Her dress was a pattern of soft pink and white, allowing me to understand things about her body that would require intimacy under other circumstances. It has been some time since I have wanted so much to hold a person in whom I had no personal knowledge. To hold, and to hug, and to etc.

Then, what I wrote yesterday was done in partial jest, tongue almost entirely in cheek. I have yet to have a single conversation with her, the person that has captured me for three days now.

Late in the night last night I received a text urging me to come to my friend's hotel room, the groom, that they were having a party and the subject of my interest had just arrived. I decided to retain some mystery and tried to go to sleep. Here, as in most all other places, my efforts were met with restlessness. She has unstrung a part of me. I am an unusually shy person, though I rarely seem that way. In part because I surround myself with couples and people with whom flirtation need not mean anything, nor have any particular direction or purpose. It is of no harmful consequence, as such it allows me to do almost as I please.

It is when I am left alone with a woman that I am attracted to that this shyness makes itself evident. Few ever get to witness that, so they assume that it could not possibly be true. That I have not had a conversation yet with this lovely woman after three days, with many opportunities before me, should be proof enough.

In another decade perhaps she will be deeply in love with me. At this pace it seems a near certainty.

She is not far off from Elijah Muhammad's equation for the correct ages between a man and a woman: half of the man's age plus seven. In fact, I think she sits perfectly in the sweet spot.

She certainly seems to.