Once more shall we part 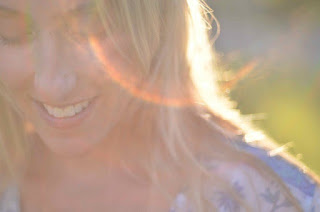 Well, we were supposed to go sign our divorce papers about a month ago. Instead, we chose to contest things that are ultimately meaningless, spend loads of money doing so through a lawyer, and then losing whatever little faith that somehow remained between us along the way, and now... we have arrived at the same spot we were over a month ago, prepared to sign almost the exact same papers.

Something that is supposed to happen today.

Never involve lawyers in your life, if you can avoid it. An argument is never solved, it is explored at an hourly rate; possibilities are inflated, fears stoked. One thing that you will never hear a divorce lawyer say: Well, that sure was easy. We all seem to be on the same page here. Let's get these papers signed, I'm on the clock!

They are the very sleaziest of the trust merchants. The ones that I've been unlucky enough to interact with have been, anyway. Let me know if you find otherwise. I just don't feel as if his heart is really into our divorce.

I almost wish to publish the email exchange that I've had with mine here, just to elucidate the point.  Too much content would need to be redacted for it to make any sense. I'm not entirely sure that it would make much more sense with none of it redacted, and those same parts highlighted instead. It is all a maelstrom of stupid pain and drifting circular confusion, out of which two healthy parents are supposed to magically appear once the smoke clears.

We're off to yet another good stop.

A few months back Rachel had asked me to stop using her picture on my blog, but today is a sensible exception to that request. It is one of my favorites. She was pregnant with Rhys at the time and had that "glow" about her. I was very happy to have taken the picture. This one image, in its own way, has a part of each of us in it. Do not think, though, that I am being nostalgic for her lost love. Those sorts of thoughts will only gut you like a fish, and I have lately turned the corner on them.

Though, there is the little matter now of getting both of our names on the same document one last time, for old time's sake, as it were. To make official the final idiom that we have been working towards for all of these years, that one about parting.