The Great Pit of Carkoon 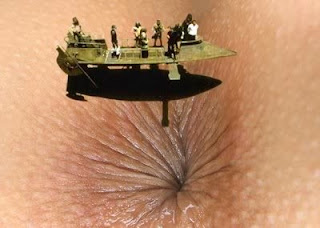 I went to the doctor yesterday. It was time for my bi-annual checkup. I had gotten blood work done a few weeks ago. He said everything was fine, told me that I am (once again) the very image of health and fitness, and to double-down on everything that I'm doing, that it must be right... there's no other simple explanation for it. Same thing a different doctor told me two years ago. So, that means that my steak and whiskey intake has quadrupled in only two years, or will soon.

Doctor's orders! Fuck, I knelt there on the office floor and raised my arms to heaven, chanted the Hippocratic oath at double speed, I (still) swear by Apollo.... He was such a gentle man, with soft eyes.

No, I kid. He did tell me to just keep doing what I'm doing. The only thing that came back even slightly off was (hard to believe) that my cholesterol level was too low. I had never heard of such a thing, a man in his mid-forties who eats whatever he pleases and drinks red wine as if he's Nero in a fire, having a cholesterol level that was "too low." Then he explained, this is not "that type" of cholesterol. He said that diet will not likely have an effect on this level, that there's nothing that I can do about it, except maybe lose some weight and continue exercising.

"I don't see what harm could come from it, doc."

"Could you pull your underwear partway down, please?"

He screamed at me, "YOU GET DOWN THERE AND PUMP, FAT-BOY!"

It was weird, man. I told him I'd give him 50, but then that was it. He had better be done with whatever evil he was producing by then.

When it was all over he looked me in the eyes and told me that he really looks forward to my next physical, it will include a rectal exam of some sort. He hasn't exactly figured it out yet. He said not to worry, there'll be wine.

Jesus, that's just horrible. I made the joke to Rachel yesterday at the market and thought I'd relay it here, but it's just too horrendous, floating there on the screen in front of me like a public bathroom wall. It seemed so innocent and carefree yesterday when I invented it, funny even.

Fuck, even when I try to stop it, I can't. He asked me if I wanted to see a picture of a nurse naked, putting things in her bottom.

Ah, good ol' scatological humor. What an unexpected wonder and marvel the anus is.