Lounging in the loft 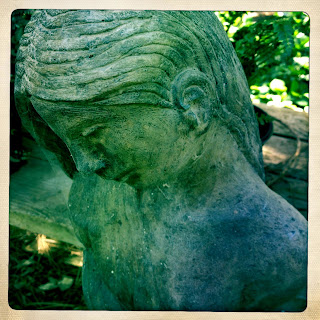 I forgot to mention yesterday that the California poppies already came and went, at least in terms of their bloom. They seem to only be in full orange for about two weeks, but they are everywhere, half unexpected reminders.

I remembered later in the day that I had used the image but forgot to mention the fact of them, their bloom.

There are unexpected struggles on every side, for me. It's a mystery. I can't claim that I'm not somehow involved in most of it, if not all. Removing me bears that point easily out. But that's what I'm hoping to avoid: removing me.

It is too much to explain here, and hopefully it will pass without need for explanation. It's no wonder that so many Americans are Christians. The idea of just putting it all in God's hands must at times be an alluring prospect with occasionally disastrous results.

The Fuji camera is meant to arrive today. I have phone conferences most of the day. I have yet to figure out what to do if UPS comes during a call. It is not a call that I can easily excuse myself from. I will figure something out, I mean, something beyond prayer.

I just checked. The camera was in Petaluma at 4am, the next town over, prepared for delivery today. It's had quite a lot of travel in the last two days: Columbia, Louisville, Oakland, San Francisco, and then soon here, into the unfinished hands of a golem.

Last night, I called an old friend. He said a few funny things that I planned on stealing this morning, though now I can't remember any of them. The coffee can not seem to break the memories free. They're out there somewhere in the aether, perhaps getting passed freely among the angels, along with the occasional handful of faded poppies.