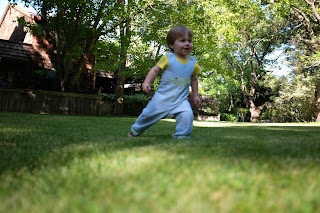 Out of focus. Like the rest of my life, the pics are out of focus. I don't get it, I really don't. Nothing that I'm doing is making much sense any more.

I mean, I know why the pics are out of focus. The Fuji does not continuously track once the shutter button has been pressed. You can shoot multiple shots, but if your subject is moving then only the first shot or two will be focused on the subject. There is a setting which claims to be continuous, but it us useless. It only tracks the subject, or object in the focus point, before you press the shutter button. Afterwards it's as pointless as this sentence, worse even.


People are hideous and repulsive, too many of them. If you are not careful, to the point of vigilance, they will infect you with the ugliness of their lives, the misshapenness of their minds. I like eccentrics, I am drawn to them, but lately I am struggling with the perilous horror of the normal person. Their willingness to inflict their unhappiness on all of those around them, to wield it like a weapon of currency that they transfer into the marketplace, is beginning to undo me. Their dissatisfaction is an imagined wealth, so they spread it generously, expecting others to bow to it. They are philanthropists of discontent.

I remember when Muhammad Ali lost to Leon Spinks. I was devastated, as much as a ten year old boy can be, which is completely though consolably. It seemed impossible to me. I understood nothing about boxing at the time, but I understood what a hero was, and Ali was it, the greatest. He was meant to be invincible, untouched by mortal failings. His greatness was for all-time.

Leon Spinks turned out to be a rather disappointing heavyweight champ. His personal life became the subject of much joking, his four missing teeth at the center of his smile giving rise to much hilarity and derision. His financial failings also caused quite a stir.

Well, some time passed, an eternity for a child, then Ali fought Spinks again and became the first boxer to ever win the title three times. He was a hero once more and everybody knew it, I made sure of it. I expressed no immoderation in our shared victory, Ali and I. I remember running around the neighbor's yard screaming in joy that "The Champ" had won, withholding no delight in triumph. I would shadow box and jab in pretend, in jest with the mocked shadow of self. I would run laps around the neighbor's fenceless house, training for some date off in the future in which I would also, like Ali, hold the title.

Then he lost to Holmes, and then Berbick. Then, it was all over. The mighty Ali had fallen for good. I had only caught the very tail end of his career, a thing I knew very little about at the time. I found out later, watching films of his older fights, of his even more glorious years, victories gained long before I was born.

Legends must necessarily be from the past.


Somewhere right about this time that guy killed Lennon. "Another One Bites the Dust" filled the unseen rock and disco airwaves that crossed and re-crossed our little dirt road. "Celebration" was played mostly on the disco channel. It must have been 1981. The weekends were filled with American Bandstand, followed by Soul Train.

I remember there was a big hurricane coming that summer, everybody prepared, the supermarket shelves were empty, the skies dark and ominous, but in the end it missed us. We watched it moving on tv. 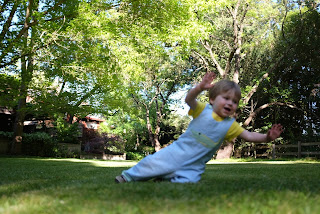