... the sleep of neither 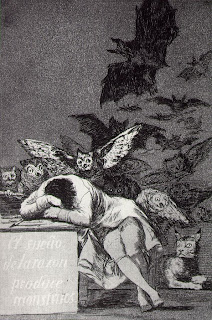 I left out the Bush's from yesterday's post. What more need be said about them, really? Great example of a family political dynasty though: lots of corruption and dark secrets. I thought of the title for the post last and didn't have time to go back and add them. I couldn't think of the single word that means family political dynasty... I still can't.

What is the word that means political power that is handed down or shared from generation to generation, or laterally to other family members? I can't think of it.

A mental block. The word "dynasty" was the closest I could recall, to define.

Ah, well, age, I guess. I've been telling everybody at the local pub that I'm 53, if they ask. I like to watch them marvel at how well-maintained I am. When I ask them how old they thought I was they always say "44."

So, there's always that. A game whose clock is loudly ticking.

My father turns 84 today, I think. I mean, I know that it's his birthday. I'm just not sure which one. I think it's 84. So, I have longevity on one side of my family.

Ok, I'm rambling. People seem to enjoy my posts more when I choose a subject before I start writing. Yesterday's post was well-received, in terms of response and total pageviews. Certain people really seem to enjoy it when I'm politically inclined, and slightly angry. I had a few visitors last week from Indonesia that must have read every single post on my site, and then they left without a word. My daily pageviews jumped by about 1000 a day for three days, all from the same region of the world, all reading individual pages... then they were gone without a word. It makes me wonder who would anonymously peer into my life like that and then just leave without comment. Seems strange.

Strange maybe, though I have a friend who semi-anonymously peers out from his site. So, there is also that.

Many years ago I used to write a column for a popular music website out of Amsterdam. It got quite a bit of attention within the confined community of electronic dance music. People, my readers, seemed to love my occasionally acerbic wit. Humor is often sympathetic, wit alone is likely to be cruel. Wit loves a victim, it thrives on intellect and distance, the very reason that people confuse snarkiness with it, being unfamiliar with the former and trapped by the latter.

So, these fans would often encourage me to anonymously engage in heated, comic conversation on some popular chat boards at the time, wishing me to do their bidding. I could never understand it. What would be the purpose of posting anonymously, I thought.

Now, I see the charm. I have been writing anonymously elsewhere for almost a year now. Nobody has noticed, or discovered me yet, as far as I know.

I am a dirty little Dutch schoolgirl named Lotte Poepjes.

Ha, no. A little poop joke for any Dutch readers that might still cling on here..... It is in me and I am trying to get it out.

There was a time when I would have moved to Amsterdam, or perhaps Prague. Hard to imagine now. I wonder if I'll ever go back again. I used to love both cities, though I could see myself getting into trouble in either, or both. Not the harmless type of trouble either, the terrible sort. Left to my own devices too often I wrestle with the demonic and angelic impulses. I have a poet's sense of justification, just shy a few pages of poetry, that's all.

Man, I am rambling... The breakfast of champions becomes the lunch of losers, the dinner of dregs, the sleep of neither produces monsters. 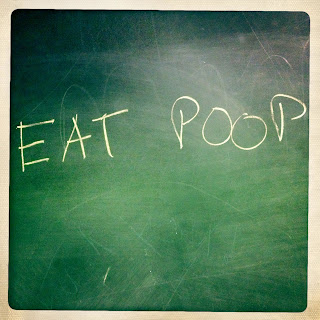