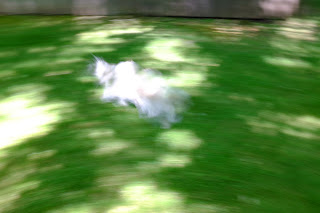 Total cost of bringing camera into the city: $1550, approx.

No, luckily the camera still seems to be working as expected, and the glass of wine wasn't full. But to see your cool new camera doused in red wine... Well, I was a computer technician for many years, it's an all too familiar sight, and it rarely ends well for the victim. We'll see how things go in the next few days. Of all the things that you can have spill on a piece of electronics red wine is among the more favorable, oddly. Because there is so much sugar in it the tendency is for it to crystalize rather than spread, like water does.

That's what I keep telling myself.

If anything starts to sound a little "crunchy" in the next couple of days, like the aperture ring, then I'll know: the damage is done. I have not read the specs sheet but I do not believe that this model was designed for underwater or liquid-based photography.

It was an accident. What can you do? It was an expensive purchase. There was a two year "drops and spills" insurance that I could have bought for about $180, but it was already a lot of money. I just told myself that I would be very careful. Well, I was, sort of.

Okay, I don't want to make my friend feel bad. So far everything seems to be okay. There is that to bolster one's hope.

That, and more wine.