Bettie Page, I learned it from watching you 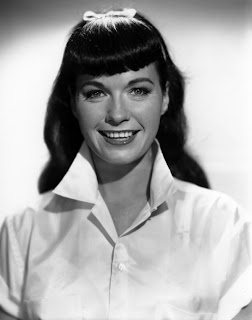 I saw that Bettie Page is finally asleep in Jesus. She had become a born-again Christian before suffering several breakdowns and being hospitalized for almost a decade with acute schizophrenia. But that's not why people love her. She is best known and loved for having popularized pop-sadomasochism.

I'm not sure how I feel about sadomasochism. I mean, I like being tied up and having my cock and nuts spanked with a whip by a girl dressed in black heels and garters as much as anybody, I'm just not quite sure why. I've never read enough on the subject to understand much of it. I've read pieces of the Marquis de Sade, but somehow I still feel less than informed, as he primarily engaged in the first part of the term exclusively, sadism. He enjoyed raping people, forced sexual violence, etc. That behavior doesn't embody the acts that most interest me. It lacks the needed playfulness for pleasure to emerge from pain, for me.

Some have said that it is a form of sickness, a compunction derived from self-hatred. Perhaps. Though there seems to be more to it than just that. It is also a mechanism for release from the same. It is a common fact that pain and pleasure are two of the most basic aspects of life and are often surprisingly interchangeable, depending on attitude and desire. Converting pain to pleasure is a choice, when done during a sexual act it is considered masochistic. Delivering sexual pain is considered sadistic. Bad words, both. Beware!

The simplifying of those two experiences to the point of engaging in sadomasochism seems to me to be the enactment and conversion of a banal life drama, one in which the experience of pain and pleasure is imbued with and charged by sexuality, for the purpose of relief. People hate their jobs but they go, they take it out on their families, who they claim to love. In sadomasochism there is an acting out of something that provides release from the mundane. It is the reduction of a thing to a focal point, like car accidents, or the loving of orchids.

"The world is so huge that people are always getting lost in it. There are too many ideas and things and people too many directions to go. I was starting to believe that the reason it matters to care passionately about something is that it whittles the world down to a more manageable size. It makes the world seem not huge and empty but full of possibility." - Susan Orlean, The Orchid Thief

I have never found myself attracted to women who did not at least, to some degree, enjoy the physicality of sex. Of what use is a girl that does not occasionally enjoy being spanked? Truly. There is a sense of the naughty, a shameful pleasure derived from it. That must be a component for me to develop any interest at all. That impulse taken to its logical extreme results in occasional sexual drama, a projection and shedding off of orthodox and unorthodox codes.

The impulse towards sadomasochism is evidenced in daily life. I see it in very ordinary behavior all around me. I doubt that many of the people who exhibit the behavior are even aware of it, but it is there and not a product of imagination. There are also those that have the need to advertise their deviant wishes, for whatever personal reasons. That does nothing for me at all, or very little. It is the darkness that lurks unknown in the unsuspecting that has always drawn me, the hidden desires that constitute the substratum that act upon me as a siren in need of a serious spanking.

Remember, if you get scared, just say "Palomino..." 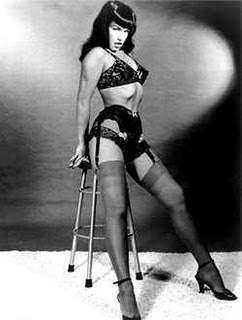