Busted flat in a baton war 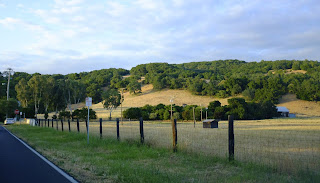 The Fuji arrived. I love it. I envision myself being a war-journalist/street-fashion photographer, mid-60's, Vietnam era, The Beatles, Twiggy, Dylan, Me, etc. What is life if not play and pretend? Just ask any child. They know, and they will gladly show you. Life ceases to have its most meaningful essence when the capacity for wonder and imagination are denied.

It will take some time to get used to. The battery life is very short on it, too short. Yesterday it only lasted for a few hours of shooting. Taking it out for a full day will require preparation. Learning to navigate a camera's system/feature setup is half the battle. Half. The other half is getting comfortable with making quick changes. Only time can (hopefully) produce the comfort needed to shoot fast and well.

We went with Rhys to the first monthly Farmer's Market of the summer. It is always an eye-opener. There was a band there that was playing "classics..." The singer introduced each song as if it was written by a dear friend of hers with whom she had just recently spoken, or perhaps contacted in a seance.

She started with Janis Joplin's "Me and Bobby McGee"... When she got to the line in the song, "But I would trade all of my tomorrows for one single yesterday" it occurred to me that that almost shocking willingness to trade away the future must get easier and easier to make. The line  doesn't work if you sing, I would trade all of my yesterdays for one single 'nother day. Anybody would eventually make that trade.

Ah, the paradox of time, getting slapped by windshield wipers.

Oh well, I was going to try and explain our evening at the Market but my day is already getting away from me again. Perhaps another time, one spent less paradoxically.


Speaking of, I understand why people believe in God. I once believed myself. It ignites the imagination and gives form to the numinous feelings of wonder that many of us share. It confers a special purpose on the capacity for imagination, where otherwise it might only lurk dangerously idle, slithering purposelessly away under the bedsheets, waiting to strike, and then to make away with one's innocence and all of lost paradise in a single go.

We now know, through blessed science, that idle hands are the monkey wrenches of the supernatural. 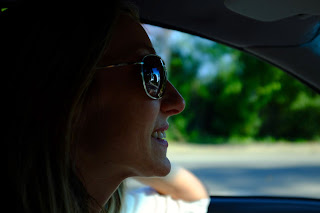