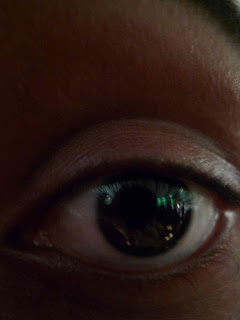 I don't know what's wrong with me, I probably never will.  I make the mistake of responding to people, I guess. That's what does me in.  Before I know it I'm wrapped up in some bullshit that I can't seem to get out of and I wonder how I allowed myself to get waist deep in it again.
I'll never figure any of it out.
Selavy and I have been writing back and forth through emails. I have been haranguing him about his tolerance of people telling him what is wrong with, or what he should be doing more of, with his writing and photography.  It drives me nuts but he mostly just seems to sit back and laugh at it.  This posture is somewhat unlike what I know him to be and it perplexes me.  So, I finally got fed up with it again and posted a bunch of angry responses in his comments section.  I have since gone back and deleted them.  He is right, there is little point to it.  None.  But here is his last email to me.  He mocks the wisdom of it, but it is there.  He's right.  I get it.
Selavy wrote:
People are fucked up bad.  I used to think it was just some, then I thought it was most, but it is even more than that.  All I can do is try to stay out of their way and laugh.  Everybody is scared, everybody is an asshole.  I am.  You are.  I don't have any desire to fuck with them except when I am driving.  I have more problems than I can bear and much more suffering to come.  People bring me little succor.  Sometimes, though, they can distract me.  Your child will distract you and you will care about him and at some point that is about all you will care for.  You'll sit in the bleachers of the little league soccer games and cheer with all the other parents.  And you won't care.  What you'll worry about most is embarrassing him.  You won't want him to think he has a freak for a father.  You will learn to be quiet.  You will grin at idiots and watch movies and marvel at how little time you have.  Then one day you'll feel a pain in your side that you can no longer ignore and there will be trips to the doctor.  All those books we read about heros who lived and died larger than life. . . it isn't us.  Whatever we had was squandered long ago.  Go to yoga.  Learn to be quiet and look at things.  As you say. . . there isn't much time.  But don't die until you do.  Don't project into the future.  That is all shit.  You will be sorely disappointed.
That is enough of that.  I'm just saying. . . don't waste your time being mad at made up people.  The best thing to do is agree with them in words.  That usually hits the spot.
Yea. . . fuck me.  I'm a fountain fucking wisdom.
Posted by Sean Q6 at 6:19 AM