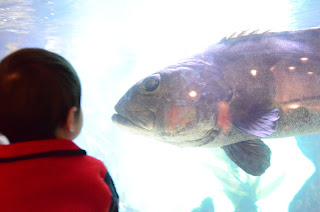 Blogger has changed their formatting, for the worse.  I wonder who they consult on these changes, or is it just some ambitious group of employees over at Google running their initiatives up the flagpole, then gathering everybody around to see who's not saluting the new guillotine.  Management is too tired, old or lazy to resist, afraid they'll seem out of touch - they go along with it.  Then the changes unfold and everybody's too dead to admit the changes are not preferable to the way it was before, "the old way."  The justification will be that the changes require much less maintenance, generate more revenue.

They stand together at company meetings and applaud the very concept of change.  As if change, in and of itself, is what matters most.  Change is always vital at a place like Google, they tell themselves.  They take a look at the company and marvel at how much it has changed, then make the fallacious leap that it must have been change alone that made them strong and got them all where they are today, just look at the stock prices...  The rare dissenting voice is marginalized, then ostracized, in this climate.  Any plea for analysis, especially a backwards looking examination, is dismissed as unnecessary and perhaps even dangerous.  Change becomes a virtue, enshrined as its own self-convincing method.

I mean, who would resist change at a technology company...?  That is tantamount to suicide, or patricide, or worse.

Ok, I should really choose a subject to write about before I start writing.

Friday will be my last day at work for 3 weeks.  I have some time-off set aside for family bonding.  The state of California is very generous in this regard, though that is not why we moved here.  In retrospect we were lucky to have moved when we did though, before the boy was born.  I was reluctant to make the leap from coast to coast so soon after the pregnancy, and it wasn't easy, but now we've landed and it's making more sense as time passes.   Buying a house helped, oddly.