The failings of democracy 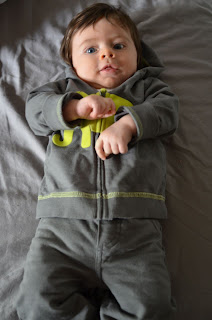 (The joys of a track suit)
Up late and now I must rush to work.  Each day this week I am scheduled to work two hours earlier than the day before, ending tomorrow at 8am, or rather at 5pm, but my day beginning earlier and earlier successively.  It makes me crazy, as if I have no time for myself.  The time that I am "gaining" at the end of each day is spent in a tired haze rather than enjoyed as it should be.  Again, I have a one-day weekend on Friday.
That, and the wine does not help.  I stayed up late last night correcting the opinions of those whom I've never met, on Facebook.  Foolishness from beginning to end.  It all culminated in a screed attempting to solve America's political problems by pretending to look at the big picture objectively.  I've included it below with a few corrections. I forced myself to stop at 3 changes so that the essence of time wastefulness would remain undisguised.
Enjoy this very cautionary excerpt:
As with most of Bobby's posts I was being antagonistic, and somewhat playfully so. I was exaggerating the flimsy relationship between truth and statistics, especially as presented thusly by "foxbusiness." A contradictory phrase if there ever was one: fox-business. Though I was doing so with some serious intent, though much less merit, and admittedly so. I look at the grand collusion of the last 100 years (or so) between the political structure of this country and the uber-wealthy and I see great reason to cry "foul." I question anybody who doesn't. The disparity between the working class and the disproportionately wealthy (a class of people who could hardly be romanticized as being "industrialists" any longer) has grown so out of perspective that I question all of it. The media outlets are owned by those who wish to exert and enforce their vision of capitalism and media-based-economics upon us. The effects are both self-evident and ubiquitous. Those who seek a flat tax are being fooled by their party's rhetoric just as much, if not more, than the other's side of calling for increased taxes on the biggest earners. Each side craves votes first, the money will surely follow. The concept of a conversion to flat tax is untenable in the current economic climate. I am getting too old to just fall back on the axiom that if a person made their money "legally" then all is fair and as it should be. I encourage you to also question the nature of wealth accumulation and who actually "pays" for it, who allows it, and who enforces it. The economic laws of this country are ravaging the vast majority of the people. I'm sorry if you feel like you're being so violated by the many poor around you. The numbers tell a two-fold story. But it's a shockingly sparsely populated story from the one side. While some might spend their energies defending the rich, while accusing the un-paying poor as being the sole source of the problem - others see the disproportionate rich, and the attending laws that protect and defend their unethical hoarding of the nation's resources, as the actual and more pressing problem. Congress should be found guilty of grand racketeering and multi-national fraud on both a previously known, and as yet likely unknown, level.  Still, we all wave our flags to the right and salute to them similarly, praying that they'll bring prayer and guns back to schools one day.... Patriotic correctness barely hides an insidious xenophobia and bigotry. It's as if we are constantly being reminded that to be American is to give rather than take. But we're all so tired of the giving on the one side, and tired of the takers on the other - but so few of us are even really one or the other any more. Less and less so each year, anyway. You and I perhaps see the problem differently.  If you look at the amount of money being controlled by the very few and the amount of resources being deprived to the very many, then neither of our own personal politics will have much to say in the face of that. You must understand that there are some with whom you might aggressively disagree who are trying to preserve a semblance of democracy by keeping the tables from tilting too greatly. Others see that great tilt as the full fruition of such an idea as democracy and free-reign capitalism. Remember that capitalism, followed through to its logical conclusion, would lead us to a world very like the one we fought against to create the current one we claim to enjoy. A single man, or family, or corporation, will eventually own, or control, all that we know. Even if that entity goes by the name of "government." Soon enough the struggle will again be only to prevent abject and complete servitude to the few, or the one. If something doesn't change then some form of disaster seems to wait for all of us. You perhaps see it as the failure of democracy. Well, so do I.
.
Posted by Sean Q6 at 8:23 AM