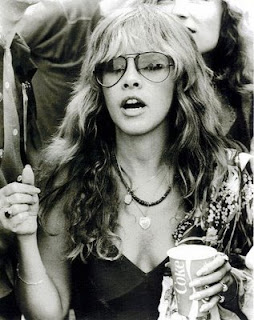 Again, not much time to write today.  It will be my last day at work for three weeks.  I look forward to today, and the completion of it, for this reason.  The day could go either way.  Sometimes nothing can reach me on a "Friday" because I know I've got the next day off, other times I am like a wet rat being chased by exterminators the whole day through.  Usually my own doing, admittedly, but still...

Everybody laughs at me because I drink a lot of NyQuil - too much some say.  But I have been sleeping lately.  The stuff really works.  My sinus infection is almost completely gone.  All things seem possible after a good night of sleep.  That's where I am this morning, filled with the feeling of possibility, and the gentle morning haze of NyQuil.

I had a dream yesterday morning.  It was a television advertisement for the cherry-flavored stuff in which they were admitting it had very limited medicinal purposes but was really a great party elixir, useful for any number of recreational purposes.  I'm sure that my post from the other day generated this early morning vision.  But still, I found it strange.

I like the picture above of Stevie Nicks. She seems like she must have been a very fun girl.  A party girl that writes forlorn ballads of brokenness, and broken strength.  Everything in her best songs seems to happen after the fact.   Well, maybe not everything, but the things that seem to matter most.  I like the look of the old Coke cups. They are the relics of another time.  Like old beer caps.  Now everything is a pop-top, self-contained and boring.  But drinking beer used to leave little metallic bits of evidence.  A can was recognized as being empty because there was no beer in it but also because you could hear the top rattling around in the bottom.  I wonder how many kids have been busted drinking by their parents because they found the remainder of the cans, the little strips of aluminum with the ring still attached.  Evidence of evidence.

Speaking of rattling around in the bottom.  I've always wondered if the rumors about Stevie Nicks were true, that she used to have guys blow coke up her bottom-hole so she could save her nostrils and throat for singing, and presumably other uses as well.  It is one of the more intriguing and enduring rumors of the 70's rock world.  Not because the myth is dynamic, but because it tells us something that we want to believe.  Some of us.

This rumor has legs, and needs.

Well, I must go.  Here is a song I've been listening to lately.

"I was born in the country so she thinks I'm easy to lose..." - James Alley Blues 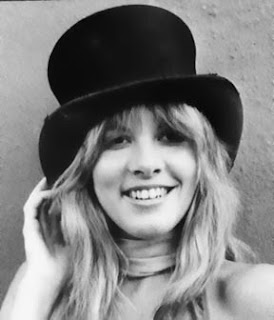