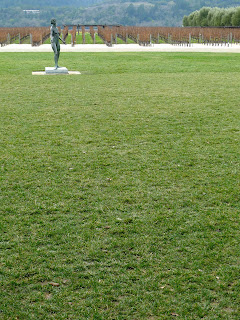 Well, the parents are gone, off to the airport.  Rachel and I have four days alone together with Rhys and Barkley before I have to go back to work.  It was good to see my father and his wife and they were, of course, very excited to see their grandson.  I am well on my way to becoming a normal person, I'll probably vote for Mitt Romney when the time comes.  Who knows, I might even vote for Sarah Palin, as a write-in.  We'll have to see how our finances are doing by then, see if we can afford to vote for anybody.

An old friend of mine, a teacher, once accused me of being "traditional."  I suppose he was right.  It was when he found out that I had watched an episode of 30 Rock. He lost his mind a little bit.  He said that he had known it all along, that I wasn't cut out for the avant-garde, that I was weak and conventional.  It hurt but I had to admit he was right.  We'll watch Downton Abbey here in a little bit, then hopefully go back to sleep, cradled in normalcy.

Ozzy Potter, I think he once called me.


This month has been a huge one for my blog.  I should have a child every month.  I've already exceeded one personal goal in readership and I'm about to exceed another if I can attract enough readers today.  It's the last day of the month, everything must go.... I suppose having another child is out of the question. Perhaps arguing with a semi-precious sorceress again will push me over the top into infamy.  Who knows if it was meant to be, if it was written in the stars, if the crystal ball reflects, if the prospectors switch twitches my way... Or, if just my normal number of readers return today then I'll hit a big number for the month, almost twice my normal amount.  Ah, fatherhood and its many hidden rewards...

There we was, drinkin', of course
I, in black fighter hat, lookin' mean
readin' poetry in aviators

When you create,
you're always in battle with the creator

"An interesting look," earflaps akimbo
black-fighter-hat,
dream's a dreamin' us in limbo


Get back, fighter-hat, I'm an aviator
Stunglasses, and avatars in flight.

Mine are always mirrored.


And with words we're just alright,

You wearin' my dreams last night. 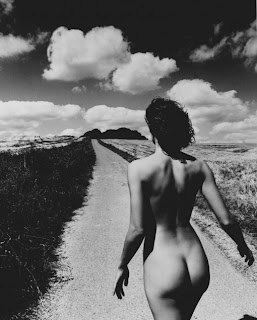