This is the dawning of the age of Aquaman 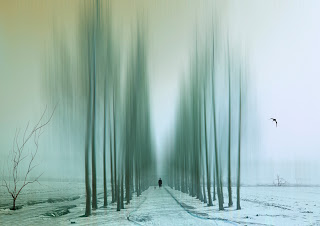 (Josh Adamski)
Today my father arrives, with his wife.  He turns 80 in a few months.  We have had both of Rachel's parents here already, each one at a time.  Now we complete the process with mine.  It is a little bit unnerving, having parents visit.  It is not something that I am used to.  I spent 25 years escaping obligatory visits from family, choosing my own sense of family.  More accurately: having them choose me.  Z's family has acted as my adoptees for more than a decade now, closer to two.  Now I have a child and people that have been newly made grandparents visiting in perpetuity.  It is nice, but I haven't quite fully adjusted to it.  I still feel awkward at the phrase "my family" though that feeling is settling and becoming easier to hear.  It is wrapping itself around me and it is not uncomfortable there, or cold.
I had strange and wonderful dreams last night.  I was in Prague with an old friend, J.  We were up to no good, roaming the streets of the city at night, as if we were young again.  As if I was young again, I should say.  People are only old in Ingmar Bergman's dreams...  I think we might have even been doing imaginary drugs.   The good ones.  The fun kind of drugs.  The ones that I've yet to regret.  I woke up and felt like I was buzzing.  It made me a little bit happy.
We have to take the boy to the doctor today. Nothing to worry about, just a normal visit, one that the infant will likely neither care for nor remember.  But it is an interesting time for us.  I'm still adjusting to that also, being a father.  I'm not sure that I know how to.  The sense of it does not overtake one immediately.  There is much to learn and I feel clumsy, untutored and unnatural.  I will adjust.  I can see that.  But in the interim I still get nervous when the baby cries, when he clearly wants someone other than me, when his diaper needs to be changed, when he's fussy, etc.  But the other times are fun.  Carrying him around the grocery store in the baby carrier is novel.  He is very cute and it takes no effort on his part to make me very happy.  Rachel and I are both overwhelmed with it at times.
I pray that atheism hasn't squelched all of the wonder of life by the time he's an adolescent, as one of my friends recently suggested.  I'm confident there will still be much left to marvel at.  Believers and diviners alone are an endless fountain of mysteries.  I still don't even know what "sign" the boy is.  I'm hoping that nobody ever tells me.  What if I'm not supposed to get along with him?  If it was written in the stars... What if he's on the cusp of something and I'm the ecliptic... What then?  I'm Ursa Major and he's Ursa Minor? For now I'll just say that he's the Little Dipper and I, the Big Dipper... that it's written in our ice cream.
I hope we don't suffer much confirmation bias with the dairy gods of the Milky Way.
A friend has taken issue with my recent posts and has posited the possibility of as yet undiscovered gods and has asserted my lack of faith in them merely as evidence of my aging, decrepit sensibilities.  So, appropriately, I have decided that I will believe in Dionysus.  I will worship him accordingly with ritual madness and ecstasy. It seems to suit me, so be it.  If anybody asks again I will simply state, with all of the sanctimonious and pious jargon that I can muster, that I am a strict adherent to the cult of Dionysus, the dying god.
If my son ever asks I'll explain that I didn't want to die and have found out, only too late, to have been wrong about it all.  Imagine how furious the gods would be with me then, no ice cream for me in the milky heavens...
.
Posted by Sean Q6 at 8:27 AM