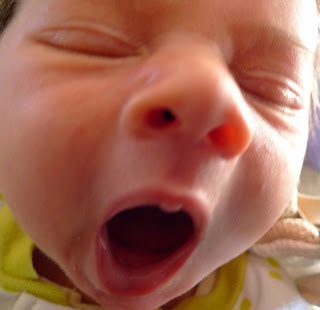 (the source of much late night sound)
So we went to the Jack London State Park again yesterday.  The state has closed it down during midweek. Budget cuts.  My father, who also likes Jack London's fiction, was interested to see what there was to see.  There are some ruins on the property.  Wolf House it's called.  It is really something, or would have been.
Nobody knows whether the fire, which burned the house back to its stone foundations, was incendiary or not. London seemed to think that the house burned much too fast for just a normal fire.  But it was within one month of completion so there must have been a fair amount of finishing products in the house, various wood stains and perhaps flammable oils. Who knows.  I am not a fireman of history.
He never rebuilt.  He was dead 3 years later. A possible morphine overdose. Possibly intentional, though seemingly unlikely, he was in much pain, there was no note, his wife was there with him.  A man that spent his entire life writing would probably leave a note, or a word, as in Hunter S.Thompson's case. "Counselor"
Ah, not to be gloomy, but I just checked and apparently H.S.T. had left a short handwritten note.  But suicide was not the reason I sat down to write today, far from it.  I meant to discuss sleeplessness, again.  Though there is really nothing to say.  The infant greatly prefers that we address his needs than for us to prepare to address his needs at some other, day-lit hour.  So be it, or rather I should say, such is life.
Having my father and step-mother here for the last few days has been quite novel.  There were many years that my father and I were estranged.  Now, after two decades have passed, we are friends.  It is nice, of course.  In some ways I am like the prodigal son, from the biblical story of the lost son that returns.  I treated home as something to escape, and escape I did.  I lost consistent contact with my father and brother after my mother passed away.  Now it seems that my father is happier than ever to be part of my life.  He turns 80 in May.  He seems very delighted for me to have finally produced an heir.
No, sorry.  We've been watching Downton Abbey lately.  It has crept into this post.  I haven't even seen last night's episode.
What I meant to say is that he is happy and it makes me happy to see him so happy.  So much so that I used the word 3 times in one sentence.  That is how pleased we all are.
Ok, this post is mostly nonsense.  Words written quickly, only for the sake of themselves.  I don't remember all of the details of the story concerning the wasteful son but upon his departure I seem to remember him having lamb feasts with much drinking of wine, general recklessness, abandonment and prodigality.  There might have even been women of reputedly loose morals.
Yes, I suppose my life was like that, when at its best.
.
Posted by Sean Q6 at 7:19 AM