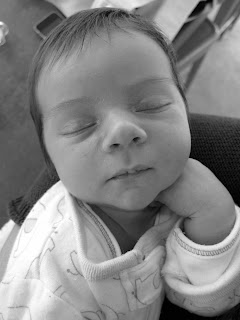 A lazy day yesterday spent doing nothing, barbecuing chicken on the grille and drinking wine.  Then a movie with 3 generations of Cusicks.  Today we must strike out with more ambition.  I had promised to take them to see Jack London's ranch.
Yesterday when I was sitting and having a beer at Sonoma Brewing Company I heard somebody address the Jack London issue about as well and easily as it can be addressed.  He said simply, "I like Jack London's fiction."  There was enough of a pause and intent projected with the statement that I immediately understood what he meant.  He doesn't care for any of his rantings for The San Francisco Chronicle and even though he understands that London had a lot of hideously xenophobic ideas it doesn't prevent him from enjoying his works of fiction.  Good job.
In conversation that's how I will be approaching the subject while in Sonoma.  Though at the ranch today I will ask detailed questions.  I will demand heretofore unknown details about the vile racist, seeing if I can get a rise out of any of the employees running the place.
No, unlikely. But who knows.... I have a sometimes manic exuberance for such behavior.  It is written.
I went to the fancy grocery store yesterday to buy chicken. Not the super-fancy one, but Whole Foods.  When I was buying the chicken and a couple bottles of wine the guy ringing me up was being dismissive and pretty much refusing to acknowledge that there was a human in front of him with whom he was interacting.  I had hoped that the prickish "I'm not gonna look you in the eyes" vibe was exclusive to NYC, but no...... It has found its way out here and taken flight among the employees of a place who are clearly meant for bigger things, mumbling their way to the top, etc.
Rachel and I watched a video about how to stop a baby from crying. It outlined techniques that are used to calm the baby when it is being "fussy."  They seem to work.  It is just like magic at times, I might have to recant... Simple stuff, really, but extremely useful.  The guy who made the video claims that we are in what he likes the call "The 4th trimester" and that employing his techniques will help the baby feel that he is still in the womb, which will ostensibly calm him for the next few months.  Then it will all wear off and nature will take its course. Right now the child has a pretty limited emotional range that he's able to express. There is only wailing dissatisfaction, desire for titty-time, sleep and vaguely undersized wonder.  Or, so it seems.
As much as I love the little boy already I fail to understand why anybody who had done this once would choose to do it again.  The payoff must be pretty grand once the child is about 2-3 years old.  Or, perhaps my liking every detail of the experience is not a requirement to have a second child.  Perhaps a genetic trigger inside of Rachel will flip and suddenly I will be entranced into producing yet another sleep thief.
I call the boy the Nap Burglar.  Every time we're about to slide into a little daytime sleep zone he'll sneak up on little unseen infant toes and make off with it. Fidgeting and squeaking his general disapproval at the idea of us getting any rest in the daytime or night, or resorting to outright screams of insistence.  Just as soon as we think we have it figured out.  We'll change him and feed him and set him off with a good head start towards sleep and then agree to do the same ourselves, when we need it the most.  Nope.  A miniature fury will overtake him and we will spend the next hour walking him around, rocking him in our arms, shushing him gently.  Just as soon as the moment has passed and there is no chance of us getting any sleep he will shamefully slip into a cozy little doze himself.  It's as if he's flaunting the very thing that he's just pilfered.
I used to joke about the lack of the need for sleep.  Selavy points out that was only when I had control over it, nobody likes to have the terms of their own sleep dictated to them. He says that I am no longer my own boss, that the boy is.  It is all true, but I've had much worse bosses.
I used to be my own boss, for example.
.
Posted by Sean Q6 at 7:02 AM