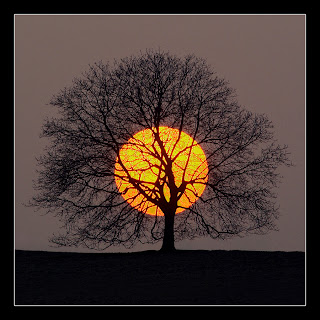 We got the news yesterday that an old friend, one whom we haven't seen in a while, had taken his own life.  Never invited news, always words that bring you a startle. Though not always a shock. Some people simply seem pre-disposed to it.  Often you don't realize until after you've heard the news but then you put together little pieces, seemingly insignificant fragments that inform the act.  Of course that could be just a matter of re-assessing details that you might never have noticed or thought of in that way in the first place. But then there are others whose suicides come as a complete and total shock. There must be something to the difference between the two feelings.  Or, perhaps certain people recognize the signs while others do not.  I don't know.  But with it there comes a sadness that is unmistakable.  It is a unique hollowness in the heart that has its own chilling resonance.

With a normal death there is a finality to it, perhaps not right away, but over time each person accepts it, accepts the un-diverted certainty of it.  A suicide leaves a lingering of some kind, a wondering. With a normal death you might play back memories of the person's life, gravitating towards the happier moments. But in large part the act of memory rounds out and then eventually accepts the finality of it.  With a suicide one must often re-assess one's memories.  It takes time, some reminisces remain unsettled, keeping the impression of the person in a strange state of flux, giving rise to the concept of the "wandering soul."  Even the happiest impressions of them take on a grey hue, almost as if the happiness itself is in question, or even to blame.

With an accidental death it's not uncommon to go over the details that led up to the death, considering minor variations that might have kept the person or persons alive.  The mind focuses on seemingly insignificant details that would have altered the outcome, resulting in continued life.  With a suicide it rarely is so easily reduced to specific events, but rather requires an overview re-evaluation of the person's persona, a much more difficult task, one that many, I assume, do not even attempt.  They just let the shock and the pain subside over time as best they can, negotiating their way through the unlit corridors of the heart. Cordoning it off into a special category of their mind, one reserved for the inexplicable and unexplained, where it remains with a few others.

Suicides are unique but often result in only a handful of reactions.  People's inability to articulate a full range of thoughts and feelings concerning them gives insight into the internal processes of dealing with them.  Suicides seem to force the mind into a state of accelerated and perplexed indignation.

It seems simple, life, but many things seem so.  We all share the same destiny, to one day die.  We are all, after a certain age, quite aware of that destiny.  Some become obsessed with the temporal nature of life while others pretend to ignore it.  At the very least some do not exhibit outward manifestations of the knowledge, they do not "dwell" on it.  But each of us still knows the end result, whether obsessed by it or in denial, or neither.  Some simply choose their time to die.  This is considered a morally repugnant or "selfish" act by many.  Some call it a sin.  But it is nobody's responsibility to live for others, truly.  There is a noble and long history of those who have lived for others but that in no way creates the same duty in any one else. Each person's life is theirs to live as they wish, or to die, if they so choose.  Though others would take argument with this fact, the argument is overturned easily by the act itself.  One can prove their right to do so by doing so.  Suicide is no more selfish than the idea that a person must continue to live for others when they no longer wish to.

The sadness that seems so inextricably bound up in suicide is that it is so often the result of loneliness or desperation.  Those factors seem variable by the will and effort of others, but often only after the fact.  So the survivors consider what they could have done differently, even though out of touch and out of reach with the departed. They punish themselves and in that way they also participate in the suicide, though with the act of sympathy as their bridge to return.  It is a common but bizarre aspect to the process.  I have seen it and known it myself several times.  Yet each time I am left with wonder at why I would allow myself to take blame for something that was truly beyond my control, to place myself in the imaginary role of diverting something that I had no influence over, no knowledge or prescience of.  It is a fantasy that occurs after the fact and gives us access to the eventual feelings of absolution and self-forgiveness, but it also lets us participate in something that is not ours.  It is perhaps a necessary theft.

"When you look into the abyss the abyss also looks into you." - Nietzsche

Rarely do suicides give openly clear signs so that one can actually act in such a way as to divert the individual from the edge. When those signs are present, in my experience, it is often the result of drug and/or alcohol abuse. The abuse reaches a point where it itself becomes the slow act of suicide.  It is a creeping towards the edge rather than a leaping into and over it.  Occasionally these will end in an "accidental" suicide.  The person shows all of the signs, then one night they do not wake up.  There might not have been the tell-tale note, but all of the other signs were there, the suicide note was written in their life.  It is these that seem avoidable most of all in retrospect.  Because they are often accomplished in the plain view of others, in a "social" setting.  But when everybody is exhibiting complicit behavior it is ungraceful to speak about it.  It is considered a faux pas, a bridge you do not build, politely.

Over the years I have come to the conclusion that, at the very least, whoever was in pain is in pain no longer.  This does not make it any easier to hear the news of one who has taken their life, but it is a way of managing the more difficult questions concerning the perished, for me.

Many years ago I was friends with a young man that died in his sleep from exhaustion. Drugs were the general, though not the specific, cause.  At least that is what we were told.  After some time his parents raised the money to put a plaque on his gravesite.  The words there float with me through the years, "Our beloved son, free at last"