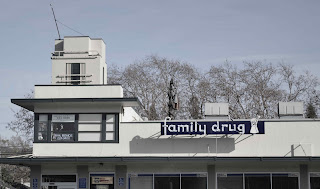 I have been haunted lately by a phrase. It was one that Selavy used to describe somebody a few weeks back: self-possessed.  He was writing of John Minnick, the guy making his Frankencamera, and was relaying how he was trying to encourage him to finish the thing.  He wrote about how those who are self-possessed will not easily be swayed by those who are not, that money alone is not the motivating force for what they do, so it only goes so far in persuading them.  The idea of it, and the memory of my life when I was much more self-possessed, has been haunting me lightly ever since.
I once made a list, with the help of a friend, listing my requirements for happiness in my occupation.  Autonomy, complexity and a relationship between effort and reward were among the qualities on the list that I felt I required.  There was one other requirement, I believe, but I misplaced the paper in the move from NYC to Sonoma and haven't seen it since.   But those three characteristics alone go quite a long way in describing what it is that I would need to be challenged, and hopefully, happy.  But there are some days when I feel a long way off from that, happiness.
There is complexity in what I do but not necessarily the type that I like, or that I seek.  It is complex in varying degrees and much more so to those who understand little of how computers work. But from my perspective much of it is only dull repetition. I fix computers, by the way.  There are challenges and there is always more to learn but that knowledge is rarely expansive, it does not flow into other areas of knowledge but is rather applicable only to the task at hand.  So, over time, it bores me, though I am adequately proficient at it.  The job does provide me with a meager subsistence.  But I sometimes resent having to use so much of my memory to a task that is not deeply internalized to me. It is a beast that rides me rather than the other way around.
As I get older I have begun to realize more often, and also more fully, how shaping your world to your needs and desires is a vital component to happiness, perhaps the only ingredient that truly matters.  For too long I have allowed the maintenance of life alone to be adequate.  I have justified the loss of year upon year because it suited the needs of the successive months.  I have tried to enjoy my time off from work so that I could better endure the time there, often failing in both ways.
In two months I will hit the 5 year point of employment with my current, and first ever, employer.  It will mark a few changes for me, all positive in terms of rewards, but with many nebulous negatives, mostly that I am disappointed in myself that in 5 years I am precisely where I started, in a sense.  To be honest, the life that I now enjoy was made possible in large part because of my regular employment.  The marriage, the coming child, the move to California, a 401k, and that's all of it.  Everything.  I very well might have had the marriage and the child without it, but it definitely helped.  Let's just say that I was not exactly what one might call "marriage material" 5 years ago.
But here I am.
I am not complaining.  I've just been trying to figure out a way to modify my life so that I will reap the specific rewards that I seek, while still maintaining and contributing to our lives together.  It's not an easy task.  I've listened to the Republican response that if you want to be rich you must learn how to work but I look around and don't see wealth happening to anybody that's working.  As little as 50 years ago there were companies that still had loyalty to their employees. You really could work towards retirement. As sad as that might have sounded to many people then what sounds much sadder now is the alternative, nothing at all.  Every employee is as an independent agent of sorts and companies spend as much money as is needed to keep them from becoming anything more.  I am not speaking of my employer but of the industrial world at large.
Both employer and employee have lost much of their sense of dedication to one another. Pensions have largely been replaced by 401k plans, a self-run retirement scheme that absolves employers against the many risks of longevity. But should they be responsible?  I guess not.  Employment is a form of business transaction and jobs increasingly are becoming of the "drive-thru" sort, so what can be done?  I don't know.  I don't pretend to have the answers.  I am simply perplexed, and deeply so, at the problem.  I am searching for a way out.
Well, Rachel just woke up and it turns out that she did not give birth in her sleep last night, that the child is not yet searching for a way out, so I must prepare to go to work.  One more day spent towards the advancement of the dream.  A little bit added to my 401k, the rest dedicated mainly to getting there and back.
.
Posted by Sean Q6 at 8:54 AM