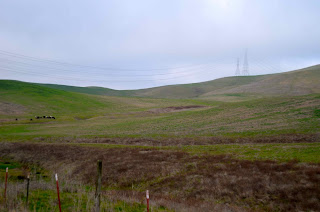 Ok, no more talk of Glenn Beck. It ruined my reader count in a single day.  Do you see how dangerous and damaging even the mere mention of his name is?  Everyone is entitled to be a fool from time to time but comrade Beck abuses the privilege...
I watched "The Return of the Pink Panther" last night. The 4th in the original series, from 1975.  I've probably said this before on this site, but why didn't they get Sacha Baron Cohen to do the remake instead of Steve Martin?  It is precisely his style of humor and NOT Steve Martin's style, arguably.  The major difference between Peter Sellers and Sacha Baron Cohen is that Peter Sellers was primarily self-deprecating, a form that SBC is certainly capable of pulling off.  Though he often opts for satire he has proven himself to be adept at that almost slapstick style of comedy as well. Inspector Jacques Clouseau.... He could even re-use his outfit from "Hugo."
Why am I not getting paid millions to make these decisions?
So, no baby picture today... We will see what effect it has on my readership.  CafeSheen has suggested that the posting of Rhys is yet another shrewd business move on my part, as I've just been sitting back and watching the money roll in from this site.  No, I kid, of course.  Several people have tried to convince me that I should do banner advertising, that it is "free money."  But anybody that knows me knows that I would much rather work for my income.  I eschew all such easy-way-out ideas, and much like Jimmy Buffet I also insist on paying double or even triple my fair share in taxes. Parrot-Pead Party Revolution, right?
One thing about the baby though.  I've gotten so used to people, strangers that is, approaching us in public to look at the baby that now I find myself a little bit insulted if they don't want to see him, then goo-goo and coo at him.  I think they're being assholes if they don't, I've almost had to tell a few of them so.
My friend, Z, responded to a post from the other day, agreeing that having a child is supposed to create a variety of positive changes in your life. You're supposed to magically be more patient, knowing, loving, etc., etc.  She posits that those type changes are hard to generate in oneself.  These things take time, I guess.
I treat all experiences like drug experiences in that there should be a discernible transformation in thought or feeling, otherwise I feel like I got ripped off and I'm looking for "the guy" to get my money back... I will have a chat with the delivery doctor and see what's up.
No.
I have been thinking of new job titles for myself...
- Chief Troubleshooter
.
Posted by Sean Q6 at 9:44 AM