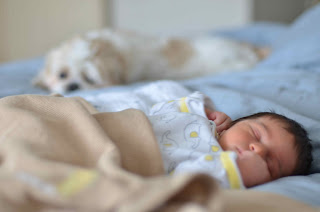 People who have children will probably laugh at what I am about to write: nothing really changes all that much after having a child, it's all a myth.

It has been a week since Rachel went into labor, almost a week since we had our boy, Rhys, last Saturday.  But nothing has really changed yet.  What we spend our days doing has changed, and the introduction of a child into our lives has changed the landscape of our hearts, and there are new colorful devices everywhere on the floors, but I'm still the same person.

I'm a little bit disappointed.  I naively thought that I would transform into some other person, some better version of myself.  But all of the normal feelings are all also still there:  I feel like I don't know what I'm doing most of the time,  I've even felt a little bit depressed yesterday and this morning, whole days float by like clouds and I've accomplished nothing, when I do try to engage I am mostly a nuisance and my timing is out of sync with those around me.  All of that stuff.

I thought that I would be bathed in a glow... fatherhood.


I have noticed that I'm struggling with a new awareness of the depths of my self-involvement.  A fresh anti-layer of self-absorption is in place.  I feel like I'm walking through a daze, oblivious to undeniable courtesies.  Then I'll notice what I've done, or more accurately what I've not done, and I wonder how I could have been so un-self-aware.

The only answer I can muster is that I was being far too self-aware to see myself clearly.  Spy vs. Spy.

Without doubt, I have yet to figure it all out.

Everybody tells me just to relax, that I just became a father and issues will resolve themselves over time, naturally.  But I am of the mindset that you have these windows of opportunity to potentially change yourself for the better. They happen for a period after a breakup, especially one that you didn't initiate or see coming, or when you reach a certain point of inwardness from being free from a relationship for a long period of time, or after a death, etc.

I was hoping that having a child would be one of those moments also. Perhaps it has yet to start, or it has and I've been too absorbed to notice, like forgetting to say thank-you and just walking away from friends in a blur of thought.


I even feel like I should be doing something different right now.