The heart is beyond cure 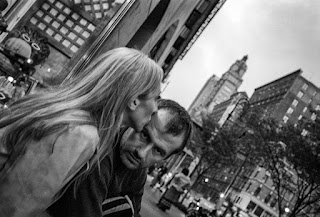 CS has been productive and talkative since the end of his last affair. Or rather, his latest affair. I do not wish to project future romantic failings on him. Also, I don't know if it is productivity or just activity, but he has been busy again.

He has been going through old pics, sending me ones that I've never seen, scans from a trip to NYC that he took in the early 2000s. He is quite good like that. Everybody should harbor some surprises for others. Good surprises, I mean, not the coming out from behind your desk at work wearing only your underwear after having locked your office door type surprises. Those are bad.

These were from then - pictures from another time, a time that can not be revisited or returned to... images can be pleasant. Some saudade - a tender missingness for something lost, its sweetness, the fervor of memory for that love, every day a lost Fantasia.

CS told me some time ago that what I would enjoy most about photography was documenting my life. I've mentioned that before, and I've found it to be true. I don't have much time to pursue it outside of the time that I spend with Rachel and Rhys. So, I must make the most of those moments and try to capture whatever images do appear.

Some do not understand my persistence.

The heart wants what it wants, as Woody famously protested. Had he been anything other than a man accused then that statement might be remembered as being lovely. But no, it is recalled as a glimpse into the heart of wickedness and lechery - a sinner's justification. Imagine the reaction if instead Soon-Yi would have said it in an interview. So many are quick to silence women who don't know how to think, like young ones, and by other women. Few regard feelings with more derision than do ideologues of any stripe.

It is one way the heart instinctively knows not to trust the quasi-fanatical. It's similar to talking politics with the religious, or suspicion with a paranoiac - all thought is brought into the adherence of need, the service of agenda, conversation molded to suit a single conclusion.

One can feel the encroachment of dogma and doctrine over the mind, its tentacles ever grasping yet oddly comforting in their seemingly adequate explanations. A newly completed understanding washes over an otherwise agile mind.

People use poor rationale to advance otherwise untenable arguments, then employ appeals to emotion to defend them from open examination. What can anyone do? Feelings are personal, we're told, off limits to scrutiny, we're reminded. Yet it is rude to ignore anyone's emotions, once displayed.

So much of life is nonsense. You see that more as you get older, but then you are reminded that being old invalidates your sensibilities as part of the many sins of the past. Few things are as terrible as having been from any time other than the present one. If history teaches us anything it is that all progress is always a step towards righteousness, because morals are always improved in the future.


What are we to feel about such thoughts?

Feelings are a way of knowing.

Their strength being their resistance to debate. 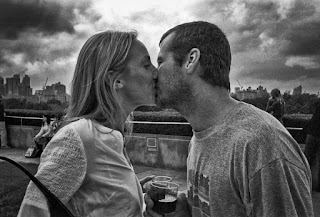