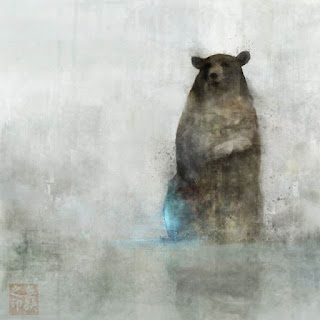 Oh, don't worry too much about yesterday. I'm probably just being binary. It's a condition, riddled with unintended consequences.

I have spent the morning reading and chatting with online friends spread afar. Isn't the internet really just something else? One friend in Nepal, another in London, another New York. They all still hate each other. I confirmed that fact anew.

I like to keep the fires burning, afresh and anew.

I've been listening to Daniel Lanois this morning, also. I have moved on from YouTube and am now listening to Peter Gabriel's Birdy album, the soundtrack to the film. It was produced by Lanois. I don't often go back and listen to Peter Gabriel, for all the standard objectionable reasons, but it's a soundtrack album so it's easier to digest. He never drops into some piano break and starts singing about being from some proud land we grew up in.... Hideous. Didn't he do the soundtrack to "The Real World"?

I'm getting into the Christmas spirit by making fun of Canadians and arguing about whether or not Trump's tax victory will hurt or help those trapped forever in what used to be called the middle-class. I argue either side, depending on who's listening. But don't worry too much about all of that.

Remember when Apple was fighting for your privacy? Be very wary of anyone who wishes to protect your secrets.

I saw a fun meme yesterday, Have you ever heard of a country trying to repeal universal health care?