"You're so pretty when you're faithful to me" 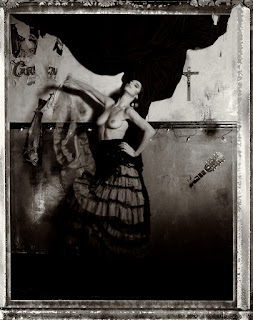 Raquel and I went to see Pixies last night in Napa. We did it all up - got a hotel room at the newly built Archer hotel (still here), had a nice expensive dinner with cocktails, ate some sort of edible psychedelic drugs, danced like newly freed wild ones along the wall by the stage.

I felt old as always, but not bad as is usual. I have grown to hate going to rock shows of almost any kind - to see my older heroes being less heroic than they once were - but last night was different for some reason. Perhaps it's because I'm happy, that does change things. I should not admit to such things like happiness. CS will fault me for it, I am sure, like when I express contentment or gratitude for my friends on Christmas. It is shameful, I know, but Rachel and I have fallen completely in love again. I'm certain that we have just set or broken some sort of record for the number of reconciliations, which is now evenly tied with our number of breakups. We are evenly paired lovers, it seems.

The band was great, also, that always helps.

I have a good story about them in Amherst, Massachusetts in 1989, but it involves an ex-girlfriend and I've maxed out that subject here for a little while with the kissing pics from the other day. As CS said in response yesterday, I'm going to get myself in trouble, and I greatly prefer not being in that kind of trouble.

He says he can't use those pics because I did, but we only share one reader that I know of. She wrote me an email the other day about some experiences she had as a younger woman. It was odd, because a part of me didn't find anything at all wrong with what she was describing, but it did outline a man using his power to extract sexual favors from a young woman that admired him. I was able to see that easily, that when looked at dispassionately there was some fault there in what she was describing, but maybe I've only ever known the type women who have sought those type relationships to some degree.

I'm not sure any more.

Some of the women in my dating age range have been the most critical of some of these women's claims, particularly those who have claimed trauma and victimhood at seeing a man masturbate when they were free to leave. It does seem that the outrage at almost any sexual behavior at all is being conflated and confused with the tremendously damaging act of sexual assault, as if they are the same, and that men should be punished in the same way for each perceived violation. Just saying that men are pigs and all deserve to be treated as suspects isn't good enough. I buy neither the noble savage argument, nor that of the noble missionaries who came to save them.

Women are attracted to confident men, and not all men who seem confident are. The hundreds of thousands of years of evolutionary preference that went in to creating the male hierarchy of dominance is not just going to disappear because women no longer wish for it to benefit them in any way. Women choose partners in a very complicated fashion and the mating process in humans is maddeningly complex. I'm not arguing for men's current sexual behavior, at all, I'm just pointing out that it is also in part a result of the process of women's choice in finding partners that has helped establish the hierarchy in which men fight to excel, to be noticed, and rewarded with love.

Of course patriarchy is evil and stupid, only matriarchy can save any of us now. Any fool can see that. All of history and human culture has been wrong to the point of evil iniquity, but there are the morally righteous who will right humankind's course. The claim that women were never valued until very recently in America, and is only because they have now loudly demanded it, is entirely unsupported by fact.

Nobody knows how to disagree any more. It is the thing that is most insufferable, to oppose or even question the righteousness of the new.

The humorless should be ostracized, never rewarded.

That being said, too often I find a way of landing myself in some sort of trouble or strife, when I'm just trying to joke along with people. I'm not sure how I do it, but just acting naturally places me in all manner of unpleasantness where I don't belong and don't know how to act, nor how to escape.

The other day I was making what I thought were a few harmless jokes about Ronnie James Dio online and the thread was unexpectedly deleted. The only thing that I could surmise was that I was being offensive. I felt bad, though I wasn't quite sure for what. That can't be a good thing - to rub people the wrong way to such a degree that you're not even sure what it is that you're doing or saying that is so wrong. I wanted to apologize, but wasn't sure how to describe what I was sorry for, a misunderstanding, I guess.

Ah well, anybody that's a fan of RJ Dio deserves a bit of jest. I thought that the heavy metal crowd was the one with a sense of humor. It should be a requirement for any style of music, and it should be mandatory for metal. I know that it always makes me laugh. Heavy metal is the musical equivalent of a Renaissance fair. It all seems to be from an imaginary middle ages. If I were fronting a metal band we would be famous for the realistic choreography of our onstage sword fights.

People ask me all the time what I listen to. When I tell them they don't believe me, or they don't want to believe me - alternative country and bluegrass, mostly. I think I'm going to buy a hammered dulcimer and try busking.

If you ever loved punk rock then there is a group of people that will never let you forget it. They expect a lifetime of devotion and commitment to groups that are no longer together, or relevant. The punk crowd is the stiffest when it comes to their expectations of others. They always act as if you have to prove your punk credentials, and this can only happen by you never changing the opinions you held when you were younger. No fan of anything ever ages very well, but those of punk try to defeat this just by never growing up. If I were younger then I'd vomit on them to show my allegiance. To gain their trust by my willingness to tempt the void. It is the only path to punk authenticity.

I just glanced at Facebook and saw this post from three years ago. Funny, or rather coincidental, because Trixie of course rhymes with Pixies. I wonder if Facebook will allow my post to stay up. There are some titties in the image, and we know how dangerous titties are in this climate of perpetual sexual harassment and delayed accusation.

One day soon somebody will have me thrown in jail because I admitted to liking Surfer Rosa so much.

What could be more shamefully male than liking titties? 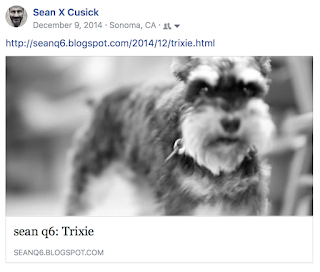