What am I doing in here? 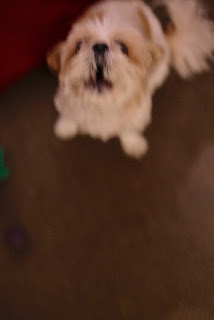 Sitting here in the dark doing laundry. What a life. The sun will be up soon. As I am finishing up folding, the day begins. I sit here each week working, somehow can't bring myself to also do modest domestic tasks. Half the time when I turn around to see the kitchen behind me the dishes are piled up. Not always piled up, though the kitchen is rarely free from them entirely. I try to cook, but can hardly clean while doing so. There always remains disorder. It functions preventatively towards the future.

It would take but a minor change in habit; somehow it all escapes me. If there is this realization, there are others I must be providing hidden berth. Invisible tankers, docked along the lining of the mind in darkness, rising and falling with the seasonal tides. Habit's existential whispers.

Soon, I'll go for a ride. This week I have made some odd internal promise, one without terms, agreed upon vaguely one day while I was out riding, reminding myself that it felt better to be lighter. Do that, then, Sean, Right? The voice said. My voice, one of.

I won't talk about my weight and the internal conversations I have about it. They are like most others, I suppose. They are like all other parts of me given to extremes.

Being svelte is not intoxicating enough, one must also be urbane. Few things seem more courteous to others as being thin.

Did I just write that?

Jesus, what is wrong with me? Jesus?

Of uttering habits, existence; there is still pain. Uncouth to discuss, but old people do. Inextricably tied up with something much less inviting to consider, always. Last year I focused on physicality, this year it noticed my efforts, and me. Must have looked good. In spring it reminded me to limp, some stretched ligament on the bottom where all the weight goes, then there was tennis elbow without having played much tennis, a malady that has grown with and without effort, now the other foot is threatening similar riot and the knees are grumbling that they have long been in for it.

I see my boy jump off the last few steps of any set of stairs and I envy him, his bouncing exuberance made of human rubber, the mind fueled by simple sugars.