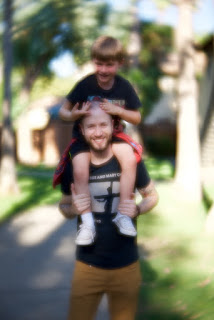 Cato drove up to Sonoma yesterday. He, the boy, and myself then drove together north of here to a winery where Cato had once joined as a member and often visited on his romantic sojourns to wine country. He had to cancel his membership and pick up a case of wine. He is moving to Berlin. The boy had lots of questions about this and the nature of faraway places like Germany. With no real conception of just how far away Berlin is he began crafting his plans to visit sometime very soon. He has grown very fond of Cato. He sees himself as one of the guys when Cato visits. He will describe his time hanging out with us to his mom in just those terms - three dudes, hanging out.

Cato refuses to discuss the reasons for his upcoming move, though I have my suspicions. He becomes quiet whenever there is any mention the greatest rock band to ever grace this planetary system: The Scorpions. I suspect that he has ambitions to form a cover band, called either The Dreaded Predatories or Arachnid Skidmarks, which he will attempt to front. He has the hairline for it. He'll need to let his grow back out quite a bit. Hair should be very long and always grow inconsistently, so that it looks right when drenched in sweat, as is the custom for aging European rockers. I've included an old picture of Cato below, from his time in NYC, before he moved to San Francisco and became involved in the Burning Bowelman community.

I could be wrong about his ambitions to pursue a career with scorpions. He dropped off a guitar amp yesterday, a Marshall, so maybe he'll go the other direction, buy a keyboard and start working on his synth skills, put together a playlist for his other cover project: Werk v. Kraftbeer.

Cato will now be known on this site and elsewhere as Dieter Gobbler von Maximillian Bolognamouth.

I suppose he could always fall back on his old Euro-porn name: Kurt Bumfurter.

That's right, carefree jokes about gay sex, because this site specializes in hate speech. Anybody who stares at it long enough can see that. It's like one of those posters at the mall: you can train your eyes to have a big hairy cock and balls jump out at you to your sudden surprise and delight. You'll look around, nodding and smiling to all of your friends, agreeing that you indeed saw the magic hairy cock also.

Who cares. Soon enough I'll have the Germans on my side. I'll have my name changed to Klaus Viennaschnitzel or Blew Danube. Maybe Otto von Birthmark, son of Florian Dingledangler. They're all family names, so I must give it some time and choose carefully amongst them.

I suppose I could just go with Wolfbang D. Fritzenfrauer, keep things simple.

If you say "Fritzenfrauerwurst" aloud three times with your back turned to a mirror then a one-legged goblin will emerge hopping from the Black Forest and eat a bowl of necromancer porridge made from the dead souls of the humorless.

I should stop. Making light of anything is too heavy for most people any more. I was online earlier, reading through what could best be described as "Facebook conversations" and was shocked and amused at how poorly people form and frame their bad ideas, if they can even be called that. Everything is being advanced now under the presumption of morality. It's a sickening thing to witness. I'm not sure how things become so upended, but extreme and unfounded self-righteousness used to be a shameful quality to publicly exhibit. Not any more... There is no shortage of uprightness. Everybody seems to have a big, fresh hard-on for vigilante virtue. 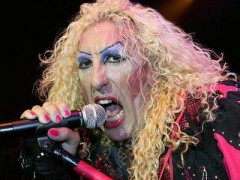 (Friend to the Sausage)