I Accidentally Cried for a Racist : The True Sean Q6 Story 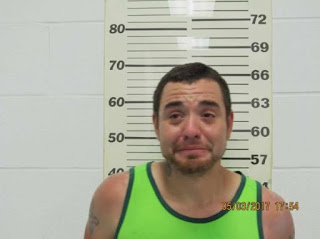 Turns out that little Himmler in the video yesterday - 'ol Knoxville kid cracker - might just be the progeny of a bigot. There are some racist lineage issues now that bring the authenticity of his pain into question. Well that, and maybe he brought some of that bullying onto himself by spouting some racist nonsense.

I don't know, I haven't done any of the research, but my online team of Twitter research detectives have filled in all of the historical gaps in my responses.

Just goes to show: if you're going to have an unexpected emotional response to a newsfeed situation then you should always check the family's history for antagonized racism first.

Though, it looks as if I may have not been very far off with this sentence from yesterday's post: If you need some sort of other assurance then look at the Knoxville bullies' parents and note how time and fear have worked together to craft them into being perfect people.

Jesus.... I'll never get those tears back.  It turns out that Life is Not Fair.

I mean, I should have known, those fuckers were from Tennessee, and they were white, of course they're racists. The next thing to hit the news cycle will be that this family crept over the southern border into Alabama to vote for Roy Moore. I'm sure of it.

They're basking in their newfound celebrity a bit before their first major arrest as a family. They'll want to make sure that next news splash really counts.

Why can't I just enjoy the simple uncluttered truth of my initial reactions to things? It's because I'm unstable, I'm certain of it. I have unexpected emotional swings. I get them like I used to get erections in middle school. I'm convinced that the two phenomena are somehow connected, because boners have feelings too.

Ah well, moving on. I received a letter explaining that I must log on to a website and create an account and start paying my car bill. Soon. The paper has dates on it and explanations of what will happen to me if I forget, which can happen to anybody.

It seems like more additional work than I should be expected to endure. I guess the days of getting a payment book and mailing each slip off with a check every month are long over. This slip in process will come in handy in the first few months of the apocalypse, where everybody else will still be trying to maintain some sense of normalcy, but I'll recognize when the scales have tipped too far to one side, like when we repeal net neutrality.

It is the moment when the Kraken of capitalism will be unleashed.

I know there are two sides to every story, but I can't seem to get a straight answer from one side as to why the ISPs are unable to adequately build a business model from billing for bandwidth. They are charging people for volume of information usage, and the content providers are billing for their product, but for some reason we must now concede that the bandwidth provider should be able to determine not only the quantity of information that you use, but also the quality.

I know that's an over-simplification, but this post is not meant to be exhaustive. If you'd like to know my true feelings on any given subject then you must start reading from page one.