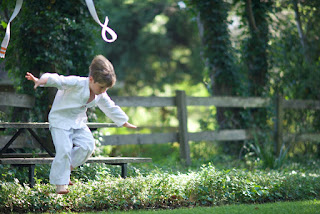 A hike yesterday morning at Jack London Park - a bunch of scouts, their parents, the boy and us. Then a kid's movie in Petaluma - Coco. The day was already of the past. Later, there was baked salmon at home, some greens and veggies, a glass of white wine or two, an album of music that seemed to be about Autumn. Lots of tickling and giggles as night descended, the boy running his high speed piracies until bedtime summoned, silliness giving way to slumber.

It is enervating, or can be - the pace at which a five year old lives their life and expects you to live yours. If there was not something fantastic and fundamentally affirmative to it then it would only be exhausting. It is exhausting, though there are kernels of corroboration to be found everywhere within it. I find myself feeling more Yes in life, even while verbalizing "No!" more often. Life is paradoxical and enigmatic. Children provide enforced access to life's contradictions and mysteries.

I had no idea what having a son would be like. After nearly six years I've realized that it causes me to worry about myself a little bit less, to think of others more, not just him. That part has been useful, one of the life-changing properties of parenting.  As I said yesterday, having kids isn't for everybody. It's mostly just for people who want the tax break. Kids are not a requirement, just one of nature's recommendations. Any fool can outsmart nature. That's the easy part.

I only joke with CS, of course. I am like a son he never wanted - half the trouble and none of the joy.

Kids make me laugh. There seems to be a secret to it, one that can barely be spoken but easily shared.

I have committed to shooting more 35mm film. One way that I'm going to accomplish this is by buying another camera body. I know what you're thinking: why the fuck am I reading this? But wait... it might be a Voigtlander Bessa R rather than another Nikon, though that will mean buying new lenses.

It is all a lot to think about.

The few readers here that have stuck by me through the boring talk of film cameras are mostly digital enthusiasts, none have much interest in shooting film. I may as well be tanning leather or cobbling shoes with the delicacy of a blacksmith. I've tried to reach them, but today's kids are simply enamored with their computers and what they can do there. They love the ever increasing resolution, the ability to approximate optical effects, the ease at which images can seem to speak to the talents of the one having taken it. It is not capturing a moment as much as it is documenting the process about producing a moment.

I like the way film makes me feel when I look at it. Increased resolution is super for some, I suppose, the graininess of film seems supernatural to me. Its weaknesses are charms, its strengths elusive yet apparent - as if from a past that the image does not belong to. Its seeming to be elsewhere in time ingrained in the thing being looked at, emphasized by its inherent qualities rather than its preparedness to be post-processed. Resolution is for resolving, suited to those who believe that only more is more.

I'm not sure I believe all of what I've written there, or anywhere at any other time. I look at the untreated digital image at the top of the page and I wonder. Maybe my memories are like film stock - I like them because they seem likable to me, softer and simpler. The curse and blessing of aesthetic solipsism. 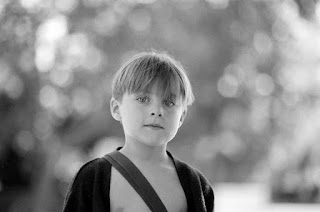