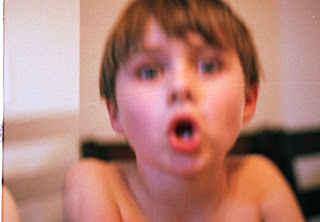 I have slacked on scanning old negatives lately, though I do enjoy it. It provides me a more intimate relationship to my photography, with my visual information. To handle film negatives and to work slowly with them, well, it adds something different to the experience. There is the love of analog, but there is also something else. It's the mistakes - flashed frames, half frames at the end of the roll, scratched negatives - that I sometimes love the most. Though it is also nice to scan a rich, clean black and white image from time to time. A keeper, as they're known in the lonely biz.

The mistakes have a charm of their own, though.
I've so often believed in them.

When I worked at Apple I began to recognize different character types and what type relationships they had with their own information, as embodied in their storage habits on their computers. Computers are, in some ways, a reflection of their owner's psyches - the map of the terrain of their mental habits, the topography of their problems. Having things spread everywhere is not the same thing as being disorganized, and carelessness is not insouciance. I have struggled to keep the digital archive of my life reasonably organized - mostly music and images, but also much writing. This site has helped me organize quite a bit, though its only direct organizing principle is inherent in time's slow passing and that being available for my own use as a by-product of daily writing. If these were printed on paper then you can be sure that I would have somehow already lost them all to the fates.

One part of me hordes while another disperses.

The boy still sleeps in my bed pretty regularly, about half of the time that he's here. I've been warned to try and dissuade him from it by other amateur parents, but what the fuck... I like the kid and want him to feel safe and good and to be happy. So, I don't mind. I'm sure there's some study out there that will show how I'm slowly turning him into a republican or a shoplifter because I let him sleep in my bed. Who knows. Last night I woke up and I must have been a bit cramped from him. I had a knot in a muscle towards the center of my back, was pushed over to one side and he was arranged somewhat along the center of the bed, arms and legs splayed so as to require as much space as his fifty-five pounds permitted. I tried lying flat on my back to let it untangle itself from my spine, but no luck.

Now I sit here in the pre-dawn, pondering the efficacy of my parenting choices.

It looks as if I might be going out to a nightclub tomorrow. I know that I have stated here before how that is not the life for me any longer but a couple old friends are in town, one of whom I haven't seen in a few years. So I'll go skip the light fandango, trip the shiny fantastic, or grow a pair of disco balls... whatever the fuck kids do now. Well, not whatever. I hope nobody expects me to smoke anything that is claimed to have magic crystal power. I've never found most the crystals that dissolve upon the direct application of heat from a lighter to be very healing or enlightening, but perhaps I am introducing them incorrectly to my circulatory chakras. Who knows, but that shit lights me up like a pinball machine.

My latest life goal is to be asleep at night whenever possible. So, I'm not sure how any of this fits into that rather ambitious objective.

We'll see. If there is one phrase that I can never hear enough of it has to be: your healing energy. I like to try and match those with my aggravated energy and see if any sparks occur, the old enchantments of the yin and yang.

A different old friend played in the city last night, but that was a night that I had Rhys, so there was little chance of any unexpected magic healing energy happening.

I will ride my bike up into the hills again today, seeking some supernatural spell that happens only when I keep my heart rate above 150 bpm for quite a while. It tickles my heart chakras.

There is nothing to report today. There is only that odd hammock of a week that hangs between the Christmas tree and the firm solar post of the New Year.

Slumbering within it, dreaming I, swinging in the breezes of time. 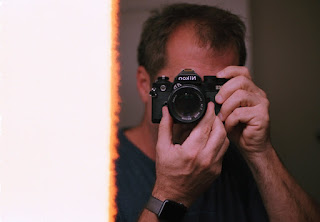 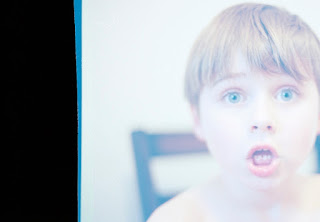