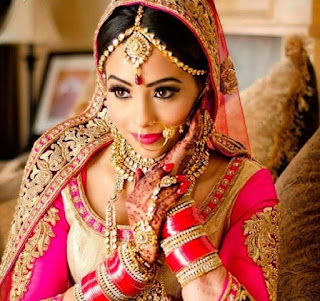 (The Past, Present, and Future Mrs. Cusick)


Dear Jesus, I am going to get high tonight. I rarely go out on NYE. It is likely a by-product of having worked in nightclubs on that night for many years, I guess. I can't stand all of the amateur drunks, trying to prove joy with intoxication. It's hideous, but I'm going to be one of them tonight, among the throng, as they say. I doubt I'll get drunk, so I will get pleasantly high instead. Yes pot, it's legal now.

I do wish that Jesus' first miracle would have been turning his first emptied wine goblet into a primitive water bong. The bible is so patchy at providing religious instructions on such things. Imagine how differently the world would have been shaped if alcohol would not have been forbidden to the short-haired Nazirites, but instead had they been instructed on how to make bongs that were pleasing to the eyes of the Lord - God's chosen binger builders.

In these trying times it would be great to discover a new book of the bible, somewhere buried in the dirt of the desert, one that outlines how to make ceremonial water pipes, explaining why it pleases God to smoke pot, and how best to lay with your neighbor's daughter. How to adequately covet a woman's behind hole, to preserve her innocence, all of that.

Okay, where am I going with this. The bible never gives great instruction on such things, and the world desperately needs it.


I'm going to a De La Soul show with some old friends from NYC. A group of peeps that is now partially dispersed across the western states. We will all come together tonight to re-live the early days of jazz-influenced hip-hop. I am hoping to shoot somebody because that is what people do at hip-hop shows, I've heard. I'll do it right after screaming, Aloha Akbar!

Goodbye Greatness! Or it could be, Hello Greatness!

Ok, how can I insult the Jews now? Have I left out the Hindus again? They're difficult to insult, they smile so much. It must be that lack of a central religious doctrine. They are not fundamentals, but my goodness are they fun. Hindus are my favorite, if I had to choose. I would retire to their kingdom of the great beyond before all of the others. Just Rati and I, enjoying the paradise of pleasure when nobody's looking. I would require Jesus' chalice-chamber-bong and maybe some occasional morphine.

I think I need a nice Hindu girlfriend, a real Bomb Bae. I would marry her just for the wedding. Aren't they simply delicious women. I can see it now, me in my all-white sherwani, with round Irish turbaned head atop emerging from the streamlined tailored fabric. She, a vision of earthly pleasures, dressed in a semi-pellucid sari and the finest scarves and jewelry that I have ever touched or unravelled. I would give all the horses of my Kingdom for a sweet Hindu bride tonight. She, underneath all of it, my woman dressed only in the aura of her own loveliness, surrounded in flowers of the thousands. Her carnality another attribute of her innocence, nothing more.

I have an abiding affinity for Hindu women, and maybe the occasional Persian. My only requirement for my next love is that, like me, she has no tan lines whatsoever. Our bodies together making a dichotomy from the merged colors of love. Our little two-tone portrait of affection, spinning in the orbits of eternal space, free from worldly concerns.

Of the many things that I have admitted here I do not believe that secret infatuation with a regional type has ever been openly confessed. I suppose after 7 lucky years I am starting to hit a comfort zone in what I am willing to reveal here. Well, I hope my Hindu Buddy Bride likes De La Soul, because that's what we're doing tonight. Also, she should not be squeamish about smoking hash or opium. In fact, I would prefer if her father was in that business. It's sort of a deal breaker, otherwise. We can share hookahs, her and I.


Okay, I'm meandering and some will hopefully take offense at my admission. It is how I am helping to keep liberalism strong, by using it as something other than a purely corrective mechanism.

Dancin' on the dance floor, girl it's you that I adore
Step off stage, ya' scream for more
Native tongue, got rhymes galore
Snap my fingers, make you mine
If not, I'll snap a second time
After that I guarantee, you will be standing next to me....