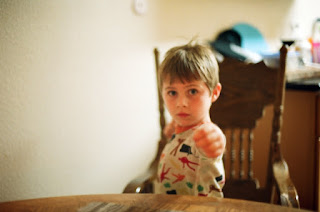 I must find a new way of handling things, am not managing the stresses of life very well, may need to stop checking my email over the weekend. In addition to my turning off of text alerts I should also ignore the responsibilities of work when not working. I'm starting to feel as if there is never any escape from increasingly complex issues. They all seem to require about twice the attention span and research that I am currently applying to them, so they are growing around me. Sunday evenings should be peaceful, but instead I am watching emails arrive, reminding me to what I must soon return. This weekend was the first that I felt as if I've had to myself in a while, but it wasn't enough. It passed just as two weekdays might, which feels unfair.

The weekend didn't stretch out in front of me the way that it has in the past. Like most things in my life now, it seems as if time was racing something else, like a better version of time. I realized only too late that the race was on. By the time I set out, I was losing. It doesn't help at all that I've run out of both milk and half-n-half. I'm drinking my coffee black here in the early morning of California. The bitter truth of adulthood.

I wish that I could meditate every day, maybe instead of drinking coffee. I suppose that is a choice, but only coffee in the early morning makes me think about doing things like meditating. The best part of my weekend was the bike ride I took after meditating on Saturday morning. I arrived at a relaxed tempo on the bike that seemed nearly effortless, or was achieved with less effort, or maybe just the right effort. In any event, I felt as if I was being rather than only doing.

Odd, that riding a bike along a rural highway in traffic can cause such a sense inside anyone. We live in absurd times. Living within a second or two of death and disfigurement should not bring such peace, but it somehow does as long as there's no slippage. None.

The fire in Oakland was real. I am seeing the names, images, and links to people's profiles locally that perished or are still missing. Not to be a social vampire, preying upon the misfortune of others from a distance, but it hits close, both in actual proximity and to those that I care about. It is part of the scene that I once greatly enjoyed, sometimes still do.

There is usually a balance between the abstraction and the reality of any given tragedy. There is one's ability to consider it at a distance and then one's personal sensation of it not having involved those known. Even with the abstraction, there is the knowing that those that suffered or were lost were real people who died in terror. It requires very little imagination to feel a connection with the loss, the fear, though it is also easily ignored if those thoughts become too much. Usually. Thought buffers against the loss of life, creates a distance from it in which it can be examined and compartmentalized or dismissed at will. Though it is thought that haunts us most of all. Ghosts are made of memories bubbling into the present.

There was a young woman there whom I had a little crush on a few years ago. We had kissed twice, the second being much better than the first. She escaped the fire. Seeing her posts online, relaying the surreal feelings that she was contending with, is an odd one. Every day it seems that I become more and more of a "father." I just want everybody to be safe, to avoid places where fires might break out, places where there are inadequate precautions and/or a clear escape route. I hear myself speaking more warnings within my mind, cautioning against danger everywhere. It is the result perhaps of having a soon-to-be five year old boy. It's his job to test the boundaries of my cautioning. He lacks the imaginative capacity to understand what a car would do to a four year old. I don't lack that at all.

You don't want to become one of those people that perpetually mutters, Don't do that. Oh, don't do that.... but you are. I am, I should say. It's what I've become. Tragedy ignites my imagination in ways that I wish it didn't. Fire is just like fire once inside the mind - not so easily put out, spreads quickly when not extinguished, ruins everything it touches, killing before it even arrives. The remains of fire, barely even a reminder left.

My life has become a litany of whispered inner-appeals for my son to live and be happy, for him not to be in places where fires trap people on the second floor, or any floor. All loss now seems to be a warning of sorts, one not easily ignored, at least by me. Love is one of the curses of parenting.

I look back at my own life and recall the uncounted number of warehouse parties that I have been to and I pretend to shake my head. I remember an old theater, I believe it was in Bucharest, where there was a smell that suddenly filled the place, as if there had been some sort of a chemical leak. Everybody seemed worried for a few minutes, looking around from each to next. Then, after it became semi-obvious that we weren't all going to die, the volume of the music crept back up and we carried on as if this was normal, and maybe it was. Those that had left the building returned after a half hour or so. Onwards, well into the early morning when I had to leave for the airport to fly all day home to New York on a Sunday, thoughts of Don DeLillo's White Noise still spinning within me.

What the fuck - We didn't die, let's have another, or let's have one another. Fatalism comes so easy, at first.

And wake to the farm forever fled from the childless land.
Oh as I was young and easy in the mercy of his means
Time held me green and dying
Though I sang in my chains like the sea.