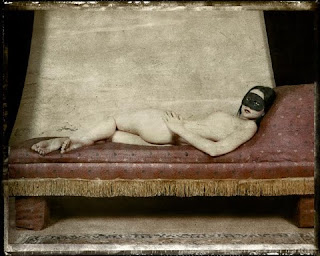 I get it. Liberals are tired and wish to retreat into the holidays to ignore their recently licked wounds. Nobody wants to talk about the liberal sacred cows, like the gender wage gap. They're so focused on the republicans that they need to vote out of office next election that they've again ignored the democrats that'll need to go first, a lesson they often forget. If you wish to strengthen a party then don't try it with lame politicians.

A vital part of me is making some noise lately, reminding me not to be lulled into passivity. The Obama years tricked me a bit, into believing that America had really changed for the better. Though I feel as if I am losing my grasp on the ability to adequately gauge the severity of things. Either that, or Trump has offered so much speculation as to how his horror will unfold that no one can really know which of the many bad ideas he'll actually try to advance.

But, I get it. It is the fuzzy week between Christmas and New Year. Nobody wants to poke at anything with sticks. Everyone needs a break. I do also, but I start to feel uneasy when I take one that lingers too long. I don't want to stick my head in the sand for four years and just pretend that this isn't happening. Donald Trump will not represent the best parts of America, he will represent the worst parts of himself, of his own brand, and nothing more.  I suspect that he'll cross too many economic lines and even the republicans will need to take him out. It will reveal too fully how greatly American politics has been a mutual money grab. Trump will predictably try to grab too much.

We elected a sleazy NYC real estate developer because half the nation was convinced that Donald Trump represented the racial purity of the capitalist message. In one way he very much does. So, no more poking at the liberal myths for now. It's time to start enjoying the holidays.


America's favorite pornographer, Cafe Selavy, sent me a few large prints that I had been requesting for a half a decade or more, the first in my collection. He felt bad about destroying my camera charger, we must presume. I bought a cheap 3rd party one and the charging issue appears to have resolved itself, So, now I have three prints to consider framing and hanging. One of which is the one you see above. It is among my favorites of his. It is to the eye what sculpted marble is to the touch, a scallop on the tongue, as scarce and protected as an ivory tusk made of woman.

I would make a great Pygmalion. If I look at the image, close my eyes and exhale, my mind places quicksilver kisses onto the lips of the vision, giving voice to the stillness lying there. The eye can not reach out and touch life into a thing the way that the mind or hand can. Flesh composed of an ocean's ebbing, and flows. The image of her body recalls the earth. One needs to do so little to give the stillest of things movement. Hope is motion's first requirement.

I'll help you Princess Galatea. I will.