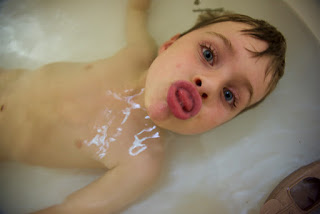 There's no way the weekend's already over. The last two days were a near total cheat. Election night all over again. November 9th, 2016 would make a great Groundhog Day.

I watched Patti Smith slaughter Dylan as part of the Nobel committee's presumed honoring of him. Do yourself a favor and read his acceptance speech included in that link. It rolls off of the tongue like what might soon be a first draft. He just needs to add that initial touch to it. Jesus, it's like listening to the semi-lucid ramblings of a stinkin' hobo. They found this speech in his pocket, with what might have been a raisin stuck to it. I hope somebody immortalizes the napkin he scratched it on.

I suppose that's part of the greatness and charm of Dylan, though. It must be difficult to be so honored for having been so irreverent for so long.

One great thing that mechanized recording and reproduction did for us is that it greatly reduced the weight of the opinions of artists concerning their own careers. We have the documents now to draw our own conclusions. Everybody's a music scholar, by virtue of the expansion of the available library. Your insight awaits only your click. They can't take their albums away from us.

Madonna's calculated misstep "MDNA" is not going away, ever. Its release was reportedly the only time the grand-diva ever blushed. Could have been smeared rouge, I suppose. Did she really think that she could just slip an album like that in and nobody would notice? It's like watching Madonna drop a dookie-pie in your favorite record store. She's over in the jazz section with her pants down, ankles cleared from the drop zone, holding herself up by the bin that houses Coltrane. She just keeps looking at you and giving you the index finger to the lips to be quiet and the eyes that say just be cool about this. But she's pooping on the floor just because she's Madonna, because she can. Somebody's going to find it and then they're going to have to clean it up. It doesn't seem right, even if they do sell it on eBay. The poop shouldn't become the record store's property just because she left it there. Spiritually, it's still connected to her.

Writing about Madonna pooping makes me feel queasy. It's because she's old. There's something about the thought of the skin on the surface of her ass cheeks that bothers me now. It didn't used to. It's not my fault. I'm sure with the young Madonna it might have seemed reasonable, but not now.

Age and weight discrimination are still sort of okay, though it really should happen only towards men, where it's even welcomed from time to time. It's the discrimination that nobody questions or takes seriously. Just read what everybody had to say recently about Bertolucci and Brando, those two fat old sweaty rapists.

We could perhaps use another world war, if for nothing else then it is useful to re-establish clearer classes of denigration. Does anything define arbitrary hostility better than does a little world warring. It's as if every nation is suddenly caught in commuter traffic, screaming out their window at the stupidity of all other commuters. Everybody's a bigot when stuck in traffic.  I'm convinced there are groups of people that should be taxed based on choice of car color alone. It's one of the many platforms that I have tried to advance that has also effectively kept me from amassing political power.

It seems that the world is right on the verge of figuring things out again.

I look forward to Kanye's Nobel acceptance speech much more than I did Dylan's. He's going to do an interpretive rant. It will at least show some spark of deeply misguided and half-thought comedic effort. He is emphatic when not vehement. He should have his own blog, too.

Once Trump starts hosting America's Nobel Prizes on NBC we'll get a glimpse into lots of varied acceptance speeches, as well as blunt public rejections as a proxy for beheadings. The sub-theme of the program will be "controversies." That Simon Cowell doesn't get to weigh in on the Nobel winners tells me everything that I need to know about that sham of civility and self-celebration. Simon is the only judge on the Supreme Meat Lovers Court that even matters.

Of all of the criticisms that I've ever heard of Bowie the one that lacerated my poor glittered fading heart the most was an attempt at praise: Bowie invented Madonna! It's not true, of course, but it does contain a kernel of pre-insight. One has to heat it in oil to get any life out of it, but it pops just like corn does after a little bit if you stare at it. I'm nearly surprised Dylan didn't use this little Bowie/Madonna gem for his Nobel speech.