An Obelisk for My Hominids 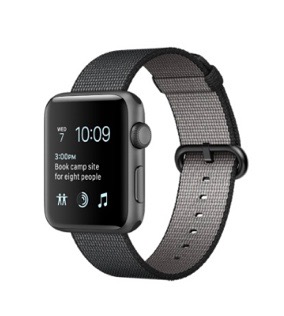 I went to a two-cocktail lunch yesterday in which most everybody had three, except me. I had the self-satisfaction of explaining to each of them that I am training for the Spring Olympics, and also that alcohol is an evil and wicked compound enjoyed only by pedophiles or by the international fans of football, or both.

I did go to a lunch with a handful of people from my company. The CEO took us out and gave us all a nice, shiny Apple Watch. It will help me on my path to Napa Victory in 2017. I have become focused again. I recognize the problem that I've been facing and have realized that the best way to deal with it and to move forward as a creature is to build a wall on my southern border. If I don't stop the calories from climbing over my belt and making permanent illegal residence on my unprotected waistline then those immigrants, which are known as anchor-babyfats, will send back home for their relative lipids to arrive and destroy what was once beautiful southern territory, that was also once theirs.

No, wait. I'm conflating two or more things that do not need to be blended in this way.

I'm still fat enough to be concerned about it, I now have an Apple watch, I've been with my company four years, and Trump is a useless twat.

Those things have no real relationship outside of my odd morning ceremony here. I dance around a cup of coffee wearing a witch doctor and drop things generously into the cauldron of my newly coffeed mind.

I can text people without typing now. I've had that power in my phone for some time, though it was disabled. Now, for reasons external to me, that feature is on and I am using it like I imagine Paris Hilton might, if she were cool enough to own an Apple Watch.

I experimented by texting a few people last night, dipping my toes into the ocean of unchallenged chatter. I spoke towards my arm and magic emerged, sent out to those lucky recipients that happened to be towards the top of my text history.

Who would have ever guessed that, right? A computer watch! One that already knows me... That was the 70s-80s dream. It was nearly impossible to be anything imaginary in those decades that did not include an elaborate communications device built in your watch. It's how you would receive assignments from the super-secret-spy-agency that you worked for.

A computer wristwatch that fired lasers was everything, then. If it could occasionally show the image of a naked woman then it would have ended the need for all other things - food, safety, shelter, even oxygen. But the technology is not quite there yet. One day, you will be able to project an HD image of an anonymous naked woman onto the stall wall of a bathroom using only a watch and a dose of neurotic sexual desperation.

I am certain that this technology, when used properly, is going to change the way men think about women, and where they can appear naked.

I'm not sure when I gave up on my dreams but one of them found its way back to me yesterday. I hadn't thought that I would care that much about the watch, then I started playing with it and already I want it to do more. I look forward to new watch releases now. I wore it to sleep. That's just how on fire for Jesus I am about this new thing.

I feel like the ape that discovered the the giant domino in 2001, A Parking Space Odyssey... about 15 years too late, and it's surprisingly smaller than it was in the movie, though more well lit.

Everybody has embraced the wrong enigmas. We have each somehow missed the best of the mysteries.