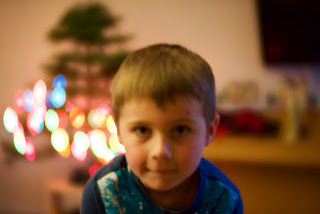 In March I will have been a tax-paying member of the American work force for ten years. I think I'm going to celebrate by taking the next decade off, maybe pick a few fights with some six-figure Texans, or fight for deals on televisions at Walmart. I want to live the last third of my life differently than I have the first 4/6ths.

I transitioned from dj'ing to working as a technician, (a Genius they aptly named me...) at Apple in early 2007. When I went to training in Cupertino I saw Steve Jobs walking around with an iPhone prototype a few times. He sat and chatted with a few students who were also training. They were all quite titillated. For a kid of my generation it was pretty cool to see the real Steve Jobs as an actual human, with one of the most hyped devices of the technological revolution in his hands.

It was just as useless to have an opinion on him now as it was then, though an opinion being useless has never prevented me from holding one on any given subject.

When we returned from training, upon my first week or so of work, it was announced that all Apple employees would be given a free iPhone. Mine stayed in the box for months afterwards. I offered to give it to a girl that had lost her phone, though she ended up finding hers and made the mistake of telling me. At the time I didn't have phone service, so I had little need for a smart phone, or a monthly bill.

I don't mind working, though starting it later in life and earlier in the day is the key, I think. Youth should be squandered, otherwise it is too easily mis-spent.

I forgot to meditate when I woke this morning. I knew that I would forget. My mind is great at nightly clearing out things to do in the morning, each small task dispersed somewhere into the dew, as the memory of years worked, roaring with so many, right out of college.

I told myself that contentment was the enemy of creativity, so much so that I became content only with not creating. I lacked discipline, so I told myself that discipline must be bad for a person like me, it must impinge some thing about me in ways that should not be allowed. I told myself all sorts of things. Things that I've mostly forgotten now. Perhaps it's time to read more Shakespeare. I never finished.