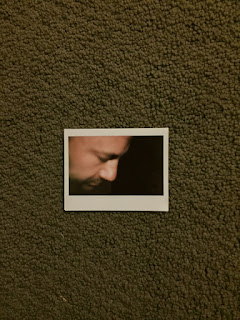 Well, they're over, sort of. The holidays in which I did not take a holiday. I worked an extra day, yesterday, when most everybody else enjoyed their day of observance.

I like that the Brits use the word holiday instead of vacation. It seems more apropos. To vacate sounds like an enforced police action. To vacation from one's premises. I suppose in these topsy-turvy times I can select whichever words I want, and those words can mean whatever I wish them to mean. The age of Enlightenment ended long ago, as did culture's subsequent dalliance with Romanticism. We have lately received democratic confirmation of the death of both eras.

The American experiment in civilization seems doomed, each side convinced their version will somehow last, and thrive best without the other. We all watched education's downward spiral, now we get to angrily disagree on what caused it, as we always have.

That argument won't last very long. It won't need to.

I have a friend who advances the idea that liberal media caused all of this. If they had only presented conservative facts as equal to liberal facts then conservatives would not have had to fight back with their own preferable versions. Fair and balanced; facts worth believing. A majority of republicans believe that Trump won the popular vote. That is the prevailing ignorance, anyway. They also believe that unemployment rose under Obama's administration and that the nation is far worse off now economically than we were when he took office. So, we'll let them have their run at the facts and we'll see how things unfold. Soon, those very same people who questioned the authority of the federal government will be advancing the state-approved facts of Trump.

Watch for this transition in national dialogue, it should be impossible to miss. If you would like to participate in the amorphous quality of fact, then just read up on the gender wage gap. I have only read a handful of articles and it is a fascinating subject, most of all because one can never quite grasp any portion of it fully. It requires faith most of all, and one must enter the conversation from the point that reveals their prejudices best. If you believe that women are discriminated against in the paycheck then you can easily find facts that reflect this. If you deny that such discrimination exists then you might casually point to there being no facts whatsoever to support the claim of discrimination. The percentile difference shrinks or expands based entirely on opinion, and one must be very careful when positing anything that resembles a fact on this subject. The needle of fact can not pop the balloon of opinion, it only hardens the rubber that holds the hot air.

Ask your co-workers. If they feel they deserve more money, that greater income has been denied them because of their gender, then take the issue directly to HR. It is a legal matter at that point and should be addressed.

When studies are conducted by the Dept. of Labor they find there is no discrimination. They are required to investigate and pursue these matters. When some look at that same study they find that there was nothing but discrimination, both in the original subject and then in the study of that subject. The problem then doubles. We have laws which protect women from discrimination, but they do not get used it seems. We are left to presume that men silently prevent the proper usage of law. These laws for equality must be iniquitous, it seems, because they do not take into consideration Hillary's version of the truth, the one in which women make 78% of what men make, which in and of itself seems true when you look at the facts. Few people argue that well established math. It is the fact around which opinion can easily attach itself.

That most of the differences in pay are quantifiable and already accounted for (and have nothing to do with direct discrimination) do not enter the conversation, because the blame must be shifted elsewhere, further into the unequal past where there was nobody left to blame except that generic maleness that created all gender inequalities. You see? Men and women were both equal at the inception of our species, then men stole that sacred ideal from women in the form of opportunities. Nobody quite knows when and where, but we all agree that it did happen.

The perfect state that never was is a very attractive ideal for many. The noble savage and savage-esse, granted at birth equal talents and abilities.

I do not make light of this, at all. I take it seriously, that's why I read as many articles as I did. My own assumptions were recently challenged by somebody. I was surprised to find such a wide range of consensus: everybody agrees that nobody agrees. Discrimination is very real, yet it can't be found. The idea of it has invaded all areas of life, even when independent of evidence of its existence. Women are financially mistreated by men, we just can't quite agree on the percent of it. There is about a 5% difference that could be discrimination, but it could also be attributed to differing strategies of negotiation. Nobody knows, yet almost everybody believes something. Just ask them.

I don't have an internalized opinion on this matter. I tried to form one, but I couldn't. I read a few articles, then I read a few more. Do it for yourself and try to be unbiased. It is not an entirely easy task. Do a Google search for: gender wage gap. Don't stop after you find an opinion that echoes your own, but rather keep reading and search for articles that criticize your opinions or ones that debunk the existing studies, or articles that merely duplicate the prevailing opinion without an attempt to offer fact at all. You'll find a lot of available information, and much abstruse speculation. You'll also see the same statistics presented in very different ways - some damning, some absolving.

I was going to make a joke about Congress' recent initiative to raise the minimum wage for pregnant women, but I'll stop there. Men don't have to worry about such things, since such fewer of them make minimum wage anyway and male pregnancy is a thing of the past. Nobody knows why. Ask that question and you'll hear another tale of unending prejudicial circumstance. When it comes to the lowest paying jobs it seems that men need not apply, or if they do then the glass floor prevents them from ever arriving at bottom. I will not rest until there are laws which guarantee female promotion at the moment of conception, and a bonus if the baby develops without penis. It is the only way forward. Nobody knows why.

Oh shit, I forgot to write a post in a single paragraph. Let me start this thing all over: